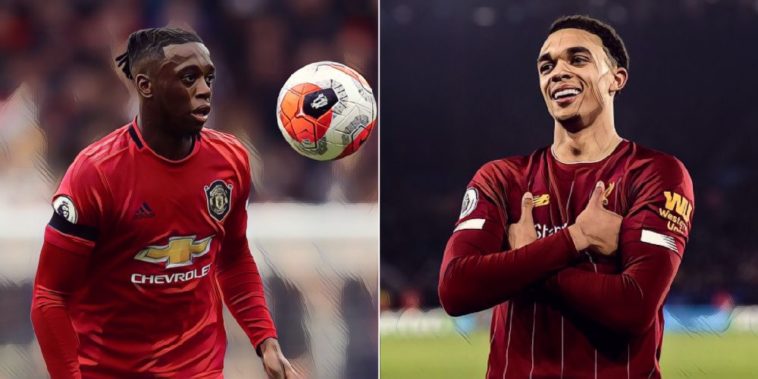 Patrick Van Aanholt has lavished praise on former Crystal Palace teammate Aaron Wan-Bissaka and says the full-back is ‘without a shadow of a doubt’ better than Liverpool’s Trent Alexander-Arnold.

Wan-Bissaka established himself as one of the most promising young defenders in the Premier League following an impressive emergence at Selhurst Park, his performances attracting the interest of Manchester United who paid £50m for his services last summer.

The 22-year-old has impressed during his debut season at the club but is yet to make his senior debut for England due to a wealth of options at right-back, though Van Aanholt believes his former teammate has the edge over his rivals – including Liverpool’s Alexander-Arnold.

“Better than Alexander-Arnold? Without a shadow of doubt,” he told the Counter Attack podcast

“They are different players. Defensively, Aaron is unbelievable, better than Trent.

“Yes, Trent has got his attacking and his corners, his right foot. But if you ask Wilf [Zaha] who he would want to play against, every other day, Trent or Wan-Bissaka, I think he will say Trent.”

Alexander-Arnold is recognised as one of the best right-backs in the division with his attacking threat fundamental to Liverpool‘s success in recent seasons, the 21-year-old having set new records for the most assists by a defender in a Premier League season.

Van Aanholt admits he admires the Reds’ star, but says Wan-Bissaka’s attacking play will improve as he continues to adjust to life at one of the league’s leading sides.

“I have got respect for Trent, because he does everything with his assists and he is great, but defensively, just ask Sterling how good Wan-Bissaka is,” he added.

“It is a problem, and he will switch. He is one of the best right-backs, I think he could be, his attacking is good, but he needs more goals or assists to his name.

“Defending comes first, but in the modern game, you need to attack, and at United, you get more of the ball, so go forward and show what you have got, but he has been doing good.”