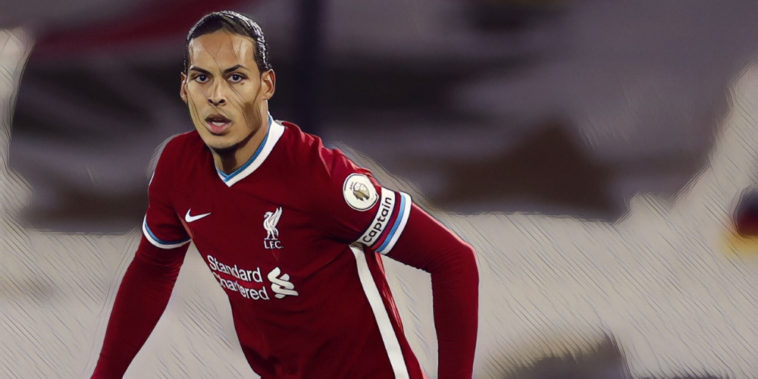 Virgil van Dijk has confirmed he will not be available for selection for this summer’s European Championship as the Liverpool defender continues his recovery from a serious knee injury.

Van Dijk has missed the majority of the season after sustaining an ACL injury in Liverpool’s Merseyside derby draw with Everton in October, with the centre-back having since undergone surgery and a lengthy period of rehabilitation.

The 29-year-old has been pictured running on the pitches at the Reds’ training ground in recent weeks and the Dutch defender has now issued a positive update on his potential return.

Van Dijk has confirmed he will not be available for selection for the Netherlands’ European Championship campaign this summer but has revealed he is on target to return to action for Liverpool in pre-season.

Speaking to the club’s official website, he said: “Seven months ago I got injured and it’s been a very, very long road. I had to take it step by step, as I have done. Things have been going well, I’ve not had a real setback or anything, I’ve just progressed nicely.

“In this latest stage for myself, I have come to a decision that I had to make: would I be involved in the Euros, yes or no? With everything that is going on, I feel physically it is the right decision that I’ve decided not to go to the Euros and to go into my last phase of rehab during the off-season.

“I think the decision to not go is the right decision in the grand scheme of things. It’s tough, but I’m at peace with it.”

Liverpool’s season has been decimated by injuries to a number of key players, with Van Dijk joined on the sidelines by fellow centre-backs Joe Gomez and Joel Matip with both defenders suffering serious injury.

Van Dijk says the trio have helped each other along the road to recovery and is hopeful he and his teammates can return prepared to pre-season.

“They definitely help, we help each other in a way. Whether it’s to bring an energy to each other because obviously we are in the gym a lot and we see the same things almost every day, so we try to keep each other motivated, keep each other going.

“All of us are in our last phase of our rehab, so there is light at the end of the tunnel. We’re all outside running and we see each other getting better, so that all helps. Hopefully from pre-season we can all be fit and work towards a very good season.”