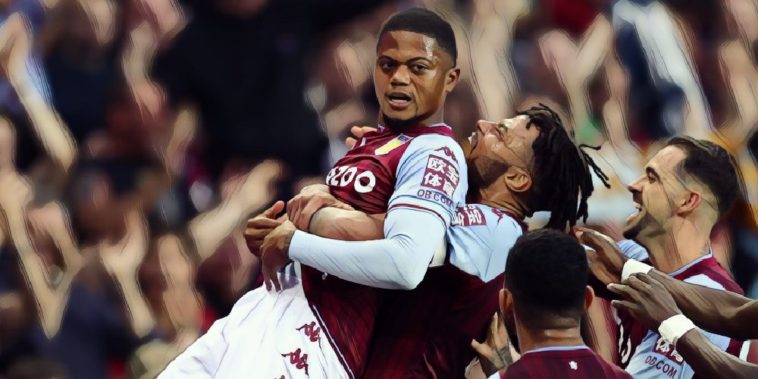 Leon Bailey came off the bench to inspire Aston Villa to a 3-0 win over a previously unbeaten Everton at Villa Park.

It was an entertaining start to the game, with chances aplenty for both sides in the opening stages. Everton new boy, Salomon Rondon, twice went close following crosses from the right, before stand-in ‘keeper Asmir Begovic produced a brilliant reaction save to keep out Tyrone Mings header from a corner in the seventh minute.

Aston Villa were the more positive of the two sides, with Everton content to sit back and hit on the break with the pace of Demarai Gray, Andros Townsend and Alex Iwobi.

The frantic start to the game started to settle as the first half wore on, with both side’s lacking a bit of quality in the final third.

The second half started much in the same manner, with Aston Villa dominating possession, but being wasteful with the ball in the final third, with Dean Smith bringing Leon Bailey off the bench to try inject some added pace and quality.

Villa would eventually produce that quality in the 66th minute, wing-back Matty Cash racing down the right to get in behind Lucas Digne, getting on the end of a ball from Douglas Luiz, before smashing home with his left foot.

The hosts would then double their lead just three minutes later, summer signing Bailey whipping a corner in with his left foot that on first glance appeared to fly all the way in, though replays showed Digne got the slightest touch to leave Begovic with no chance.

The Holte End was absolutely rocking at the quickfire double, and they almost saw a third fly in in quick succession, with Jacob Ramsey seeing a shot from the edge of the area go narrowly wide.

The third would however arrive in the 75th minute, Jamaica international Bailey racing onto a ball into space by Danny Ings, advancing into the box before absolutely lashing into the back of the net.

Sadly, Bailey would have to be withdrawn with 10 minutes to play, though the £30 million man will have no doubt left the Villa faithful licking their lips at the thought of the winger lighting up the Premier League over the coming years.

The result moves Villa up 10th in the division, while Everton remain fifth after seeing their unbeaten start to the season come to an end.

Read – Technical Directors of Football – What exactly do they do, does anybody really know?