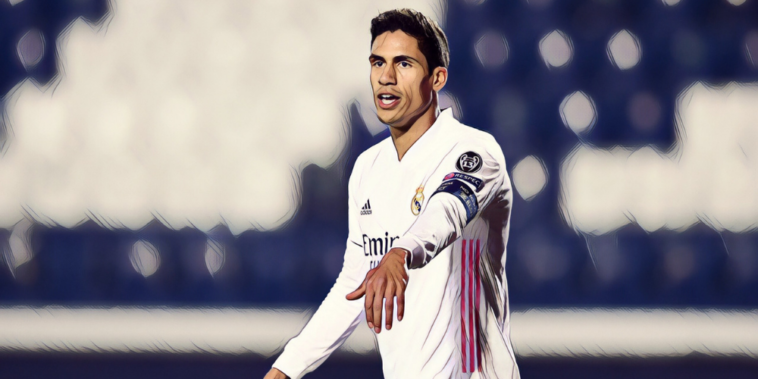 Raphael Varane is ‘most likely’ to join Manchester United this summer, but Real Madrid are willing to hold out for their valuation of the centre-back.

Varane has entered the final year of his contract with the Spanish giants and has so far failed to agree terms on an extension at the Bernabeu, with Real keen to sell the defender should not sign a new deal.

The 28-year-old has not ruled out signing a new contract with Los Blancos, though ABC Deportes are reporting that there is an ‘economic difference’ between the player’s demands and wages Real are willing and able to afford.

Manchester United are understood to be prepared to match those demands, but the Red Devils’ ‘maximum’ offer of €45m is short of the Spanish side’s valuation of the France international.

Carlo Ancelotti’s side are seeking a minimum bid of €50m for Varane despite his contract situation and are willing to hold out for that asking price despite the uncertainty surrounding his future, even if it means losing him for free next season.

The report adds that a move to the Premier League side remains the ‘most likely’ outcome with just under two months of the transfer window remaining, though United will need to raise their offer if they are to secure the signing of Varane.

Read – Picking our Euro 2020 Team of the Tournament