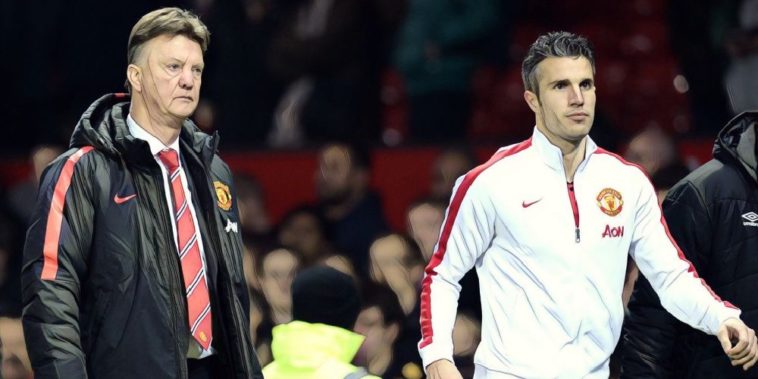 Robin van Persie has opened up on his exit from Manchester United and the ‘ruthless’ conversation with Louis van Gaal prior to his departure from the club.

The Netherlands international joined the club from Arsenal ahead of what proved to be Sir Alex Ferguson’s final season in charge at Old Trafford, making an instant impression by winning the Premier League‘s Golden Boot as United were crowned champions.

Ferguson’s exit led to a transitional phase for the club and following the brief and unsuccessful spell of David Moyes, former Barcelona and Bayern Munich coach Van Gaal arrived to usher in a new era.

Van Persie had thrived under his compatriot during their respective time with the Dutch national side – captaining the side to a third-place finish at the 2014 World Cup – but the pair struggled to replicate their relationship once reunited at club level.

After spending just a single season together in Manchester, the forward has now revealed the honest and ‘ruthless’ conversation he had with Van Gaal regarding his future, the Manchester United boss stating in no uncertain terms that Van Persie was no longer part of his plans.

“I had this chat with Louis van Gaal and he told me: ‘Ok Robin, our ways will part. I’m the coach, you’re the player – you have to go, your time is up’,” Van Persie told the High Performance Podcast.

“Towards the end of it, I saw something coming but not this ruthless. And the way he said it as well. And then, like a lot of things go through your mind when you get a message like that.

“I still had a contract, my family was happy, it was my 11th year in England. We love living in England. What’s next?

“My kids are going to school, they have their friends and everything. So in like a split second, all these things come across [your mind]. How do you react to that?

Van Persie – who eventually left the club in 2015 to join Turkish side Fenerbahce – spoke further on the difficulty of being informed he was no longer wanted at Old Trafford, including being forced by Van Gaal to train in isolation away from his teammates.

“On the way home back I was thinking: ‘Okay, this is tough. How do you react to a message like that?’,” he added.

“That ruthless, that hard, that direct. And then loads of things came through my mind and we started pre-season. I wasn’t allowed to play in the 11 vs 11 and I was given a ball and told to do my own stuff.

“So you try to stay calm, stay cool but there’s loads of things happening. You’re playing the macho card. ‘It doesn’t affect me’ but it does. It does affect me, my family and my career. Big time.

“But I tried to stay cool, but maybe at that point it was good for me to talk to someone outside of my inner circle but I was too stubborn to do that.

“Now if I look back at it, there was a couple of points in my career where I should have done that.”