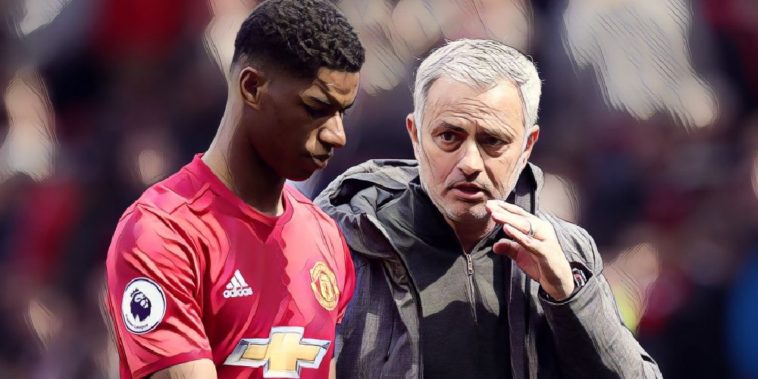 Marcus Rashford has described working under Jose Mourinho at Manchester United as a ‘tough period’, while highlighting the influence that Zlatan Ibrahimovic had on his development.

The England international burst onto the scene under predecessor Louis van Gaal before enduring a mixed period during Mourinho’s two-and-a-half-year spell at Old Trafford, helping the club to Europa League and League Cup success but seeing his form often criticised – a period Rashford describes as having ‘ups and downs’.

Rashford is once again flourishing under the stewardship of Ole Gunnar Solskjaer and whilst admitting his spell under Mourinho was often ‘tough’, the Man Utd forward believes he has benefitted from his time under the Portuguese’s management.

“It was tough but I think when you look back on it in five or six years, they’re the moments that give you that mental toughness,” Rashford told the UTD Podcast.

“As an all-round player I’ve improved a lot and a lot of it is down to those two years under Jose.

“We had ups and downs. When I look back at it, it was a tough period but definitely a period that made me a better player.”

Rashford has also spoken of the influence Zlatan Ibrahimovic had over his development during a brief spell as teammates at Manchester United, Mourinho having signed the experienced Swede from Paris Saint-Germain in the summer of 2016.

Ibrahimovic is regarded as one of the finest forwards of his generation after winning 11 domestic league titles across four different countries, and Rashford says the star’s unbreakable ‘mentality’ was key to his own development in handling the pressure of the Old Trafford spotlight.

“His mentality was beyond anything I’d ever played with before,” Rashford added. “He didn’t care what anyone would say to him or what anyone was saying about him.

“In terms of his mentality, he was key to my development, especially when Jose was there because he was someone who had played under him before and he knew you had to be a certain type of way to survive under him.”