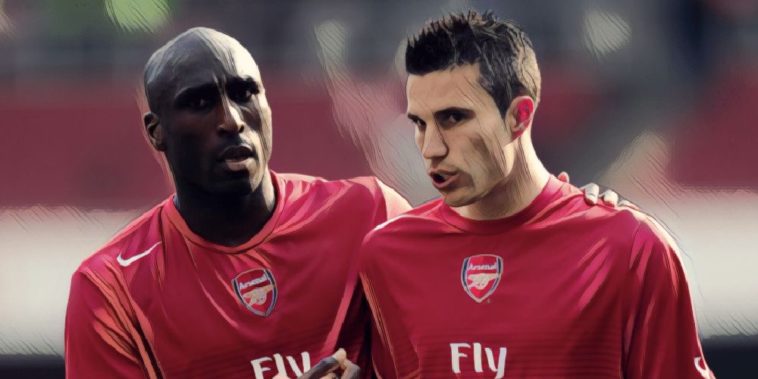 Robin van Persie has revealed that advice from former Arsenal defender Sol Campbell helped the forward become one of the best in the Premier League.

Van Persie established himself as one of the finest forwards of his generation during a career in which he spent more than a decade in English football, winning the Premier League title at Manchester United and twice finishing as the division’s leading scorer.

The Netherlands all-time record goalscorer arrived in the Premier League in 2004 as an exciting young talent at reigning champions Arsenal, where he joined up with Arsene Wenger’s famed ‘Invincibles’ side including the likes of Thierry Henry, Dennis Bergkamp and Patrick Vieira.

The Dutchman has opened up on his education amongst seasoned professionals during his early years in north London, and has revealed how a crucial piece of advice from former England defender Campbell helped improve the youngster’s attacking movement.

“Sol told me once, he said, ‘Robin, the way you play, it’s a dream for a defender like me’ and I said: ‘Why, tell me why!’,” Van Persie told the High Performance Podcast.

“He said: ‘Because you want every ball into your feet. You have to force me to make a choice to close you down or to follow you. You have to make runs in behind’.

“Then I came up with the rule: okay, out of three actions at least one of them has to be in behind because I have to hurt defenders because Sol Campbell told me he doesn’t like it.

“So I was constantly asking myself questions and listening to players who were better than me.”