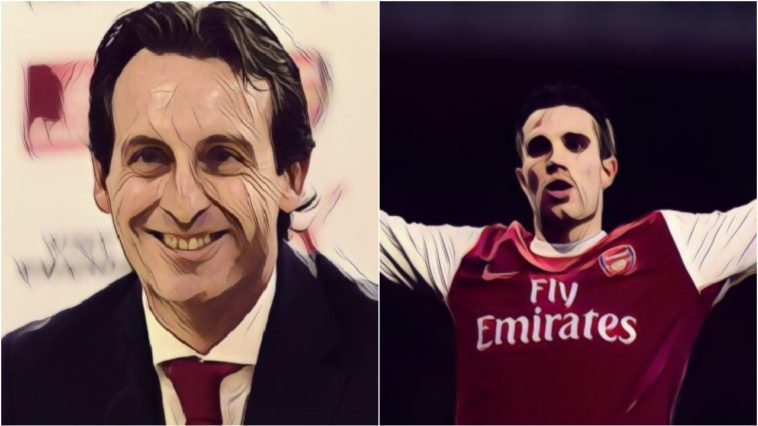 Robin van Persie has questioned the leadership of Arsenal manager Unai Emery and his connection with the club’s players.

The Gunners boss has come under-fire following the club’s 1-0 defeat at Sheffield United on Monday night, with familiar flaws having been exposed in several of the club’s performances so far this season.

Despite seeing his former side claim victory, van Persie has slammed Emery and believes the Spaniard has failed to improve the side since being appointed as Arsene Wenger’s successor in 2018.

When asked whether he thinks Arsenal have improved under Emery, van Persie responded: “I don’t think so. I don’t think that Emery really connects with his players. I think they’re still weak on set pieces. That was a problem back in my time, to be honest.

"I don't think Emery really connects with his players."

Are Arsenal improving under Unai Emery? 🤔

Robin van @Persie_Official doesn't think so and tells us exactly why… pic.twitter.com/GmbLwNimr4

“There is a question do you play zonal or man-to-man. I think when you’re struggling you play man-to-man. Last weekend they again conceded from a corner kick.

“I think you lose 12 to 15 points per season by set pieces. That should stop. If you want to compete for the first couple of places that has to stop. You have to sort it out.

“We are not judging the coach on tonight but the last couple of months or the year before. As a player you want to have that feeling you have to sprint back, now I see a couple of players jogging back. There’s danger there.

“If you have a very strong coach and you’re in midfield and you see there is danger in there you sprint for your life because you know if you don’t do it you get punished.

“I’ve had [Arsene] Wenger, Louis Van Gaal, [Sir Alex] Ferguson and the thing they all had was they were clear. I have to be honest, someone sent me a video last week of him explaining something and I couldn’t understand him. You have to be clear and a leader has to be clear towards his players.”

Read: Emery reveals he wanted Arsenal to sign Fabinho before his Liverpool move