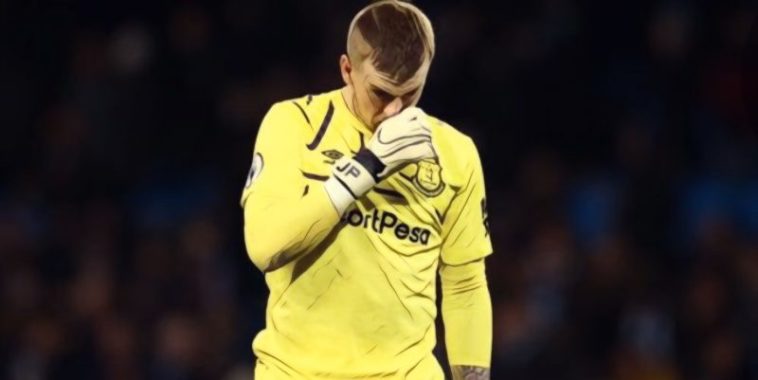 The Premier League’s inaugural winter break is now behind us, though we haven’t been without football, with top flight fixtures being spread over two weekends.

Here are the heroes and villains from the elongated gameweek 26.

If you’re going to end an almighty goal drought you may as well do it in emphatic fashion! Burnley‘s Matej Vydra certainly ascribed to this notion on Saturday as he smashed home a superb finish to give his side all three points at Saint Mary’s.

The former Derby County man took a raking long ball down off his chest before turning under pressure on the edge of the box and lashing home a beauty of a strike into the to corner.

It was a goal to light up a wet, windy and miserable game and moved the Clarets back towards the mad mixer for European places this season.

The ball from Hendrick ?
The chest control ?
The thumping finish ?

That is a brilliant goal from Matej Vydra and Burnley have the lead! pic.twitter.com/tD5qPcUT05

The form of Jordan Pickford has become a most unwelcome subplot to Everton‘s roller-coaster campaign thus far. The England number one was at fault yet again during the Toffee’s 3-1 over Palace.

The 26-year-old somehow allowed a really lousy effort from Christian Benteke to squirm under him and into the back of the net. It was the fifth goal the former Sunderland man had let in from his last five faced and he looked suitably disgusted with the error.

A goalkeepers may well be on Carlo Ancelotti’s shopping list this summer if this carries on for much longer, while his starting place at this summers Euro’s could be under threat.

Former Everton academy star John Lundstram is enjoying one hell of a purple patch this season for Sheffield United.

Going into 2019/20, the 25-year-old’s best goal return in a single season was just three in 47 matches for Oxford United in 2015/16 and then three again for the Blades a couple of years later.

However, his late goal against Bournemouth during a tense 2-1 win saw the midfielder record his fourth goal in 25 matches as he continues to shine in the top flight. For a player who plied his trade in the lower leagues his form has been outstanding this season.

Surely an England call up couldn’t be on the cards for the Euros, could it?

Raul Jimenez has been a stand out performer this season for Wolves in the Premier League. The big Mexican forward has already notched 20 goals in all competitions and is reportedly drawing attention for some big names on the continent.

This however, clearly does not prevent you from having a real stinker of a game against Leicester City. The number nine failed to convert any of the plethora of chances that fell his way as his side missed the opportunity close the gap on Chelsea in fourth.

It was really uncharacteristic of the Mexico international to spurn so many chances, and Wolves faithful will be hoping it was just a mere blip on an otherwise excellent season.

Hands up if you're one of the 660,213 #FPL managers who owned both Raul Jimenez and Jamie Vardy this Gameweek ?

The Frenchman divides opinions for sure but he doesn’t half enjoy a goal against Chelsea. His expert header to tuck away Aaron Wan-Bissaka’s cross was his fourth goal in his last three league games against the West Londoners.

It was the first time Manchester United had threatened the Chelsea goal in the match but it was enough to set them up for what could be a massive win in their quest for Champions League football.

Sunday afternoon was certainly one to forget for a hapless Bjorn Engles at Villa Park.

The Belgian had an eventful day to say the least; giving away a penalty, scoring an equaliser with a bullet header and then completely air kicking the ball to allow Son Heung-min in behind for the winning goal deep into stoppage time.

If Aston Villa are gearing up for life in the Championship then they are well set with Engels in that back four.