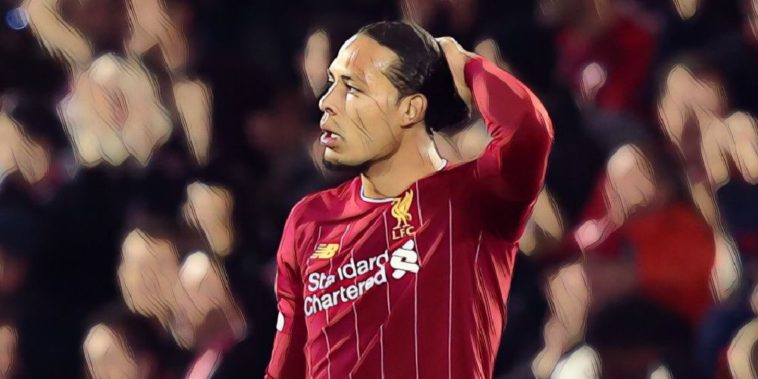 Jurgen Klopp refused to confirm whether Virgil van Dijk will be fit to feature in Liverpool’s Club World Cup final against Flamengo tomorrow.

The Dutch defender returned to training this morning after missing the club’s semi-final victory over Mexican outfit Monterrey on Wednesday night, with captain Jordan Henderson utilised in an unfamiliar central defensive role due to the club’s depleted options.

Midfielder Georginio Wijnaldum also missed the clash after picking up a hamstring injury in the club’s Premier League victory over Watford last weekend, though he was not part of the club’s training session in Doha as the Reds prepare for this weekend’s final.

Klopp has given no indication on whether the duo will return on Saturday evening, as Liverpool bid to secure more silverware and be crowned world champions against South America’s Copa Libertadores winners.

Speaking on Van Dijk’s fitness, Klopp told said: “We will see. Virgil was part of training today, Gini has had a session today, so we will see how it will look at the end,

“We have no new injury concerns. It was Wednesday when we played and now it is Friday.

“We use each hour for recovery so that is what we did. We will see who can line up tomorrow.”

Klopp’s options have been boosted after Harvey Elliott, Ki-Jana Hoever and Sepp van den Berg flew out to join the senior squad following their participation in the League Cup quarter-final defeat to Aston Villa in midweek, whilst Sadio Mane, Roberto Firmino and Trent Alexander-Arnold are expected to return after being named amongst the substitutes for their semi-final win.

Best of the 2010’s: Liverpool’s team of the decade