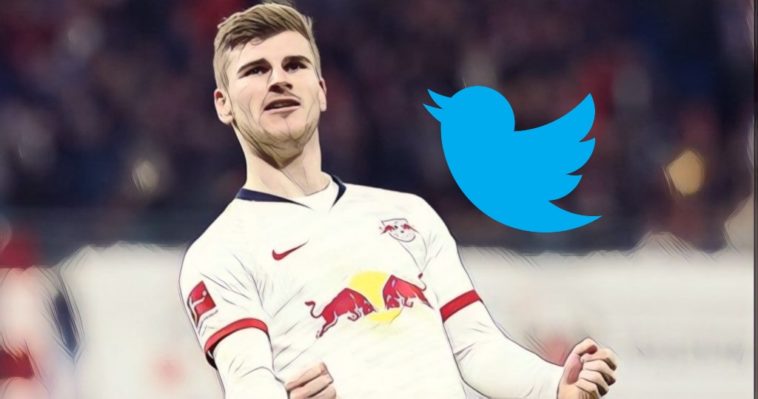 The best tweets from the world of football this week, featuring Liverpool’s failure to sign Timo Werner, Jordan Pickford’s attempts at training by himself, and who exactly is the Primark Guardiola.

Liverpool fans were none too pleased about RB Leipzig agreeing terms with Chelsea for star striker Werner.

we’ve somehow managed to get bantered again despite being 25 points clear https://t.co/5dZs451YOf

It all comes down to money at the end of the day.

The Reds have one Werner at least.

And let’s face it: Kai Havertz isn’t going to Liverpool either.

Am I doing this right pic.twitter.com/2P5EqiOmAm

Petr Cech’s instrumental role in the capture of Timo Werner

This is why Werner has been so successful at Leipzig.

Everton goalkeeper Jordan Pickford easing himself back into action.

Fucking hell don’t make it too hard for yourself lad https://t.co/2pqQdhJOIC

How breaking the billion pound barrier impacted the Premier League

When you fluff your lines on the easiest question on the test:

All the respect in the world to Wesley Sneijder for this quote.

Wesley Sneijder says he could have been one of the best players in the world if he had tried harder. pic.twitter.com/3rTAD6EVtX

Many happy returns to an African legend of the game, Tony Yeboah.

Our former striker, who won the @Bundesliga_EN's top scorer award as an Eagles player in 1993 and 1994 and was the league’s first ever African captain, turns 5️⃣4️⃣ today. 🎁🦅#SGE pic.twitter.com/DzBiTtOtZZ