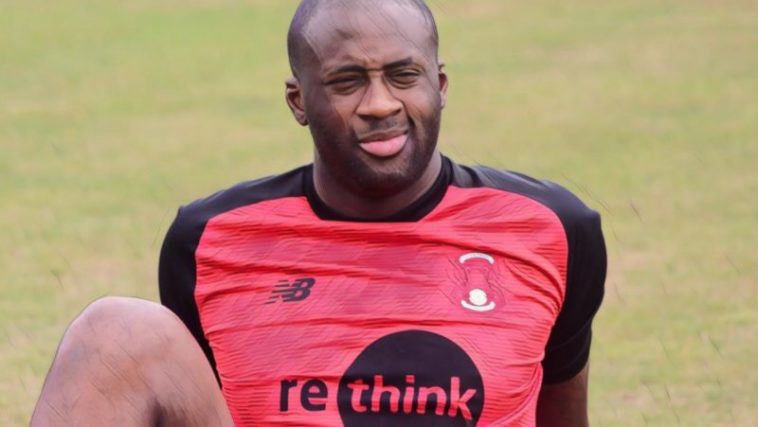 The best and funniest tweets from the world of football this past week, featuring Jordan Henderson’s extremely deserved accolade, Leeds United’s questionable celebrations, the Paul Pogba glare, and Yaya Toure is back in English football.

And Jordan Henderson was named the FWA Player of the Year, a decision everyone absolutely agreed with. Yep.

Don’t blame us, we didn’t have a vote.

We should have all the members of the PFA vote for their Football Writer of the Year, it's only fair

All opinions are valid, but some are more wrong than others. A lot more.

Football is all about opinions.

But someone actually voted for Jonny Evans to win FWA Footballer of the Year.

They really did that.

Adam Lallana didn’t get his Anfield farewell, but we’ll always have this memory.

people make fun of him but in all seriousness he's been a tireless contributor to the cause. i will choose to remember his greatest moments, such as this one. pic.twitter.com/sKy57gfOLD

No one could begrudge them their celebrations.

When that mate who never comes out comes out pic.twitter.com/muO01ZYdyo

But maybe this wasn’t the cleverest idea in the middle of a pandemic.

We’ve got our Leeds narrative set for the off-season anyway.

Spare a moment for Heung-Min Son.

If looks could splinter a man into a thousand pieces…

Expect a lot of sterile possession between Man United and Leicester on the final day.

United and Leicester playing it around the back for 45 minutes when they hear Wolves are 2-0 up at Chelsea pic.twitter.com/KtFBuGetQV

For somebody that only ever missed one penalty, it's incredible how often Matt Le Tissier misses the point.

Fair play to Matt Le Tissier; if I was kept out of the England squad by Carlton Palmer I’d believe in conspiracy theories too.

Hey, he does laugh a lot.

Only four-years-old and he’s already running the local firm.

Why did my 4 year old look like he’s heading off to Millwall for a scrap pic.twitter.com/6FYzhJsOBP

If you weren’t convinced The Championship is the greatest league in the world before now, the final week of games should have.

Barnsley were in the relegation-zone every week from 15 September until the 91st minute in the final game of the season and survived. Charlton were in it for one week all season and got relegated. The Championship is absolutely bonkers.

Ahah brilliant: Juventus fan walks on the beach with kit on,
people goes on the ground asking for penalty (“rigore”) pic.twitter.com/JFrTWMDlkV

Read – Fantasy Premier League GW38+: Our essential advice for the final week of the season