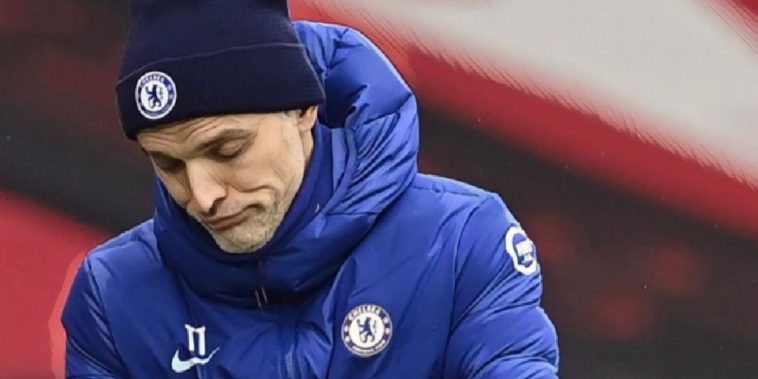 Thomas Tuchel has explained why he was unhappy with substitute Callum Hudson-Odoi, as Chelsea dropped points to Southampton on Saturday afternoon.

As he has done so far in his Chelsea reign, Tuchel shuffled his pack for the trip to St. Mary’s, bringing Edouard Mendy back into the side, while Reece James was handed a starting berth ahead of Callum Hudson-Odoi at right-wing back.

The Blues have almost strolled through games in recent weeks and looked to be doing so again against the Saints, the visitors dominating the opening proceedings as Ralph Hasenhuttl’s side struggled to really get out of their own half.

On a rare attack, however, the hosts exploited a gaping hole in a usually watertight Blues defence, Nathan Redmond sliding the ball through to Takumi Minamino, the on-loan Liverpool forward calmly slotting home with the outside of his right boot.

Ten minutes after the interval though, the away side finally got the goal their performance deserved, Mason Mount firing home from the penalty spot after he’d been brought down by Danny Ings inside the box.

Tuchel’s men continued to probe for winner yet just lacked that cutting edge, the game petering out for a 1-1 draw to end the home side’s six game losing run in the league.

As for the Blues, that result has just slightly halted their progress, although the German admitted his side had had enough chances to win the game.

“Clearly yes, we had all the chances and all possibilities to take the win, it would have been deserved, [but] sometimes in football you concede one chance and they score,” he told BT Sport.

The last three Chelsea players to be subbed on and off in the same Premier League game:

Let’s wait and see the reasons why. pic.twitter.com/vH15LYsR21

One of the major talking points from the game was Tuchel’s decision to bring off Hudson-Odoi midway through the second-half, the Englishman having only come on at half-time for Tammy Abraham.

While it was unclear if it was due to an injury at the time, the former Paris Saint-Germain boss revealed that he was simply unhappy with the player’s attitude, although stated that would still be in contention to start in the Champions League in midweek.

“I am not concerned about Tammy Abraham, it was not about the injury, it was hard for him to show his quality. He could not put his stamp in this game so we changed the formation.

“We brought in Callum Hudson-Odoi but I was not happy with his attitude, energy and counter-pressing. I took him off and we demand 100%, I feel he is not in the right shape to help us. It was a hard decision but tomorrow it is forgotten and he has all possibilities to start against Atletico Madrid.

“It is always a big week so it is mixed feelings at the moment, it will not be easier to score against Atletico.”

The Blues are next in action against Atletico Madrid on Tuesday before they play host to Manchester United at Stamford Bridge next Sunday.

See also – Please, can we not spend the next decade pitting Mbappé and Haaland against each other?