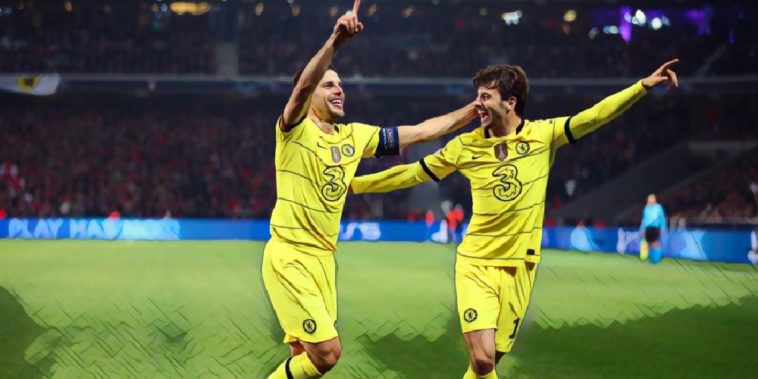 Chelsea booked their place in the Champions League quarter finals with a 4-1 aggregate win over French champions Lille.

The west Londoners came into the game against the backdrop of the ongoing uncertainty surrounding the clubs ownership, though had the comfort of a two goal advantage following their first leg encounter at Stamford Bridge three weeks ago.

Lille started brightly as they looked to cut into the aggregate deficit, and while Chelsea appeared to be dealing with their threat, the French side would be awarded a penalty in the 38th minute after Jorginho was adjudged to have handled the ball inside the area. Veteran Turkish striker Burak Yilmaz strolled up to the ball before smashing it beyond Edouard Mendy into the top corner to halve the arrears.

However, Chelsea would restore their two goal aggregate advantage in the third minute of first half stoppage time, Jorginho atoning for his handball with a perfectly weighted through ball into the path of Christian Pulisic before the USA international produced a lovely placed finish across the goalkeeper and into the bottom corner.

The hosts had their chances to pull one back, Yilmaz sending a header narrowly wide while Xeka saw a header come back off the post.

Lille’s hopes of a second half comeback were, however, dealt a blow as Sven Botman and Zeki Celik were forced off through injury, and Chelsea would make certain of their progression to the last eight as Cesar Azpilicueta met Mason Mount’s cross to the back post, the ball flying past Leo Jardim off the Spaniard’s knee.

Speaking after the game, Blues boss Thomas Tuchel was delighted with his side’s ‘resilience and mentality’ in the face of all the off-field adversity.

“Brilliant. It’s so nice so many fans are here to support the team, it feels brilliant,” he told BT Sport. “The quarter-finals is a big step. We showed resilience and mentality to overcome difficulties.

"We showed again resilience and mentally, and overcame difficulties." 👊

Thomas Tuchel couldn't be prouder of his side right now!

“We did what was necessary. We dug in and got a deserved win. It’s difficult here.

“Chelsea has this kind of culture within the club where we work every day. What I found from day one was a football first mentality. Everybody pushes the first team every three days, everybody goes to the limit and is focused on football.

“We’ve been trying to implement an atmosphere. This culture is already installed and this helps us now to focus with difficult and distracting times because it’s always there.

“We encourage the players. It feels so good we can still produce results and I’m proud.”

On the game itself, the German took responsibility for their tactical setup in the first half, with Jorginho, N’Golo Kante and Mateo Kovacic having been deployed in a midfield three.

“We weren’t so good in the first half. The pitch was horrible and it made things complicated. It was a new pitch not ready to play on. The tactics weren’t right in the first 20 minutes, I take responsibility. Then it was more fluid.

“It was very important to calm everyone down. We were lucky with the post.

“We hope and expect to carry on [in the Champion League]. We want to compete. It took a lot of sacrifice, we fought hard to be in the last eight. We’re excited for the draw. We have a game in Middlesbrough three days later.”