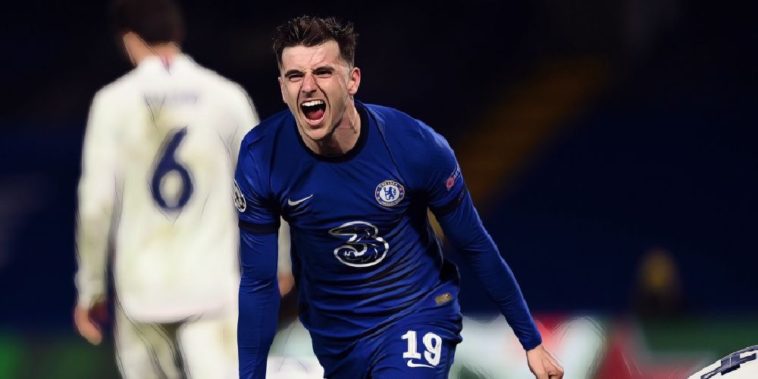 Chelsea ran out 2-0 winners on the night to beat Real Madrid and book their place in a third Champions League final.

Having drawn 1-1 in the Spanish capital last week, Chelsea knew that a clean sheet would be enough to book their spot in the Istanbul finale later this month, clean sheets having become somewhat of a speciality under Thomas Tuchel.

The Blues thought they had got off to the perfect start, Timo Werner putting the ball in the net early on only to see it ruled out after he had failed to check his run from Ben Chilwell’s cross.

Meanwhile, Edouard Mendy made a fine save low down to deny a curling effort from the edge of the box from Karim Benzema as the 13 time winners fashioned a rare opportunity midway through the first half.

However, within a minute of Mendy’s save, Chelsea would take the lead, N’Golo Kante driving forward, before slipping the ball into Kai Havertz. The German lifted the ball over former Blues ‘keeper, Thibaut Courtois, and while the German’s effort came back off the bar, Werner followed in and nodded home into an empty net from a yard.

While the stats say that Real Madrid dominated possession, they rarely did anything with it, Thomas Tuchel’s side looked by far the more dangerous. Havertz saw another effort come back off the bar, Mason Mount blazed one over following a neat bit of interplay on the edge of the box, while Courtois was forced into a number of saves as Chelsea carved out a number of clear-cut chances.

Just when it felt like the Spanish giants might end up making the Blues pay for their profligacy in front of goal, the west London side would finally net the second that would see them cement their place in the Istanbul final with five minutes to go. The ever dynamic Kante pounced to win the ball back in midfield and slipped it into Christian Pulisic on the right side of the box. The American kept a cool head, picked his moment to slide it through to Mason Mount, before the academy graduate poked home from close range.

Speaking afterwards, Tuchel praise his side’s ‘desire to defend’ against a ‘dangerous’ Real Madrid side, describing it as ‘a huge performance’.

“They deserve to win,” he told BT Sport. “First off it’s difficult because Real had a lot of possession and they made us suffer, but then we were dangerous with counter-attacks and never lost the hunger, never lost their desire to defend.

“Real Madrid, of course, are always dangerous. they can turn nothing into goals. So, to hang in there, even when you have chances and miss them, they never lost concentration, focus, and a positive energy on the pitch. This was a huge performance.”

It was Edouard Mendy’s eighth clean sheet in 11 Champions League outings for Chelsea this season, and while he wasn’t exactly overworked, he did make some vital saves to protect his latest shutout, much to the delight of his manager: “Even against Fulham, it was the same: he was solid and so, so strong, strong hands, intelligence and he kept a clean sheet again.”

The game on May 29th will be Chelsea’s third appearance in the Champions League final, interestingly, all three coming in seasons which the club have changed their manager mid-season. Meanwhile, Thomas Tuchel becomes the first manager to ever qualify for back-to-back finals with different sides having seen PSG beaten by Bayern Munich in Lisbon in August.

Next up for Chelsea is a Premier League game against Manchester City, a game which is not only a dress rehearsal for the Champions League final, but is also a replay of the FA Cup semi-final which saw Tuchel’s side win 1-0 at Wembley last month.

Asked how the final with City will play out, Tuchel was keen not to look too far into the future: “Ask me four days before the final! It’s too early.

“There can be injured players, there can be players out a form. We need to wait and hopefully, we arrive with the whole squad, because it’s not done yet. We want to go all the way and we arrived in this competition to win.”

See also – Five of football’s most controversial transfers ever