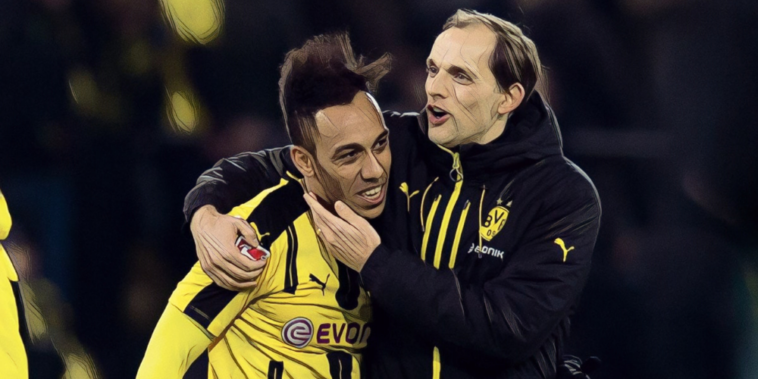 Thomas Tuchel says he is planning to get in contact with Pierre-Emerick Aubameyang following the forward’s disciplinary issues at Arsenal.

Aubameyang was stripped of the Arsenal captaincy this week following a disciplinary breach at the Emirates, with his future at the Gunners uncertain after he was omitted from the matchday squad for Wednesday’s 2-0 win over West Ham.

The Gabon international worked under Tuchel during his time at Borussia Dortmund and the Chelsea manager has said that he will contact Aubameyang to show his former player support.

“I will [get in contact] at some point. I feel sorry that he is in trouble.

“I believe in his positive character but I am not involved in this situation or his club. It is just about my picture & relationship”.

Mikel Arteta discussed forward’s future at Arsenal this week and his decision to omit the forward from his past two Premier League squads, describing the decision to remove the armband from Aubameyang  as ‘a really unpleasant situation’.

“Has he played his last game for Arsenal? All I can say is that for now, he’s out of the squad, he’s not involved and sadly, this is the decision that we’ve taken.

“What I can say for now is that, you can understand it is a lot to digest and a really difficult decision to make, so we need a bit of time. It is a really unpleasant situation

“The decision that we made is really hurting, and it is still like this and it needs a bit of time to heal. So for now, he is not involved in the squad.”