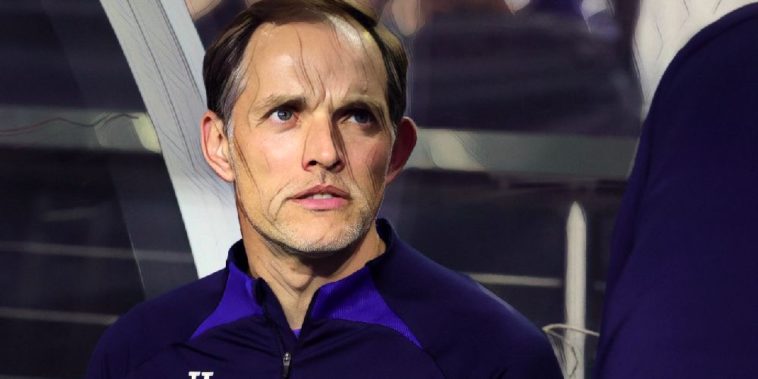 Thomas Tuchel and Mauricio Pochettino reportedly have no interest in the Aston Villa job as the club search for a successor to Steven Gerrard.

Gerrard was sacked in the immediate aftermath of Villa’s 3-0 defeat at Fulham on Thursday evening, a result which leaves the club outside the Premier League’s bottom three on goal difference after six defeats from their opening 11 fixtures.

Tuchel has been named as a potential candidate for the role as Villa consider an ambitious approach for the former Chelsea manager, but the Telegraph’s Matt Law is reporting that the German will reject all advances from the Midlands outfit.

Tuchel is considering his next move after leaving Chelsea earlier this season and has already turned down an offer from Bayer Leverkusen over their head coach role.

Any attempt by Aston Villa to speak with Thomas Tuchel over their vacant job will be met with a polite ‘no’. He’s not interested – even if big wages and money on offer #avfc

Villa’s ambitious owners hope to convince a top-level manager to succeed Gerrard, with Mauricio Pochettino having also been named as a potential target, though the Athletic report that the former Tottenham and PSG coach is ‘not currently open’ to the job, and ‘would rather wait for an opportunity to return to management at a higher level’.

They say that the Midlands club are in talks with Sporting Lisbon boss, Ruben Amorim, after he led the club to their first league title in 19 years in 2020/21.

Thomas Frank is another name understood to be under consideration with the Brentford boss having won admirers for his work in west London.

Sean Dyche and Unai Emery have also been linked.