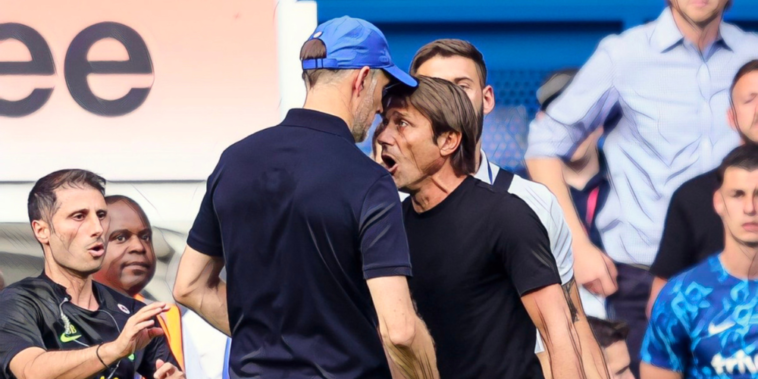 Thomas Tuchel has said he was impressed with the way his side played in their last outing against Spurs, while saying he expects another ‘high intensity’ game against Leeds this weekend.

Chelsea and Spurs played out a hugely entertaining 2-2 draw last time out, with Chelsea twice going ahead, only to be twice pegged back.

Following that game, Thomas Tuchel fumed at the refereeing decisions and said that neither of Spurs’ equalisers should have been allowed to stand, though he has now admitted that he was ‘impressed’ with his side’s performance.

“I was impressed with how we played because we talked about how it was clear to know where we are in this period of time with sanctions and so on. Many times we spoke about it, so I was also not sure,” he said at his pre-match press conference.

“In the data and the review of the match, it was important for me to know we can reach that game early. But it’s one thing to perform in a match like this, a derby, an emotional match, and then repeat it on a high level.”

After the game, Tuchel and Antonio Conte were both sent off following a heated exchange on the sidelines, though the German downplayed the incident as two passionate managers fighting for their respective teams.

“I think it was passion between two men who fought for their team and I hope they don’t make more of it, in the context we had a hair pulling before.”

Tuchel takes his Chelsea side to face Leeds this weekend, and the Blues boss is expecting another intense game.

“I expect a high intensity game, a high pressing team, and an emotional stadium,” he said.

“We had a fantastic game last season at Elland Road, we were very dominant and effective in front of goal. There was an early red card that played into our hands but still, we were very impressive in our performance.”