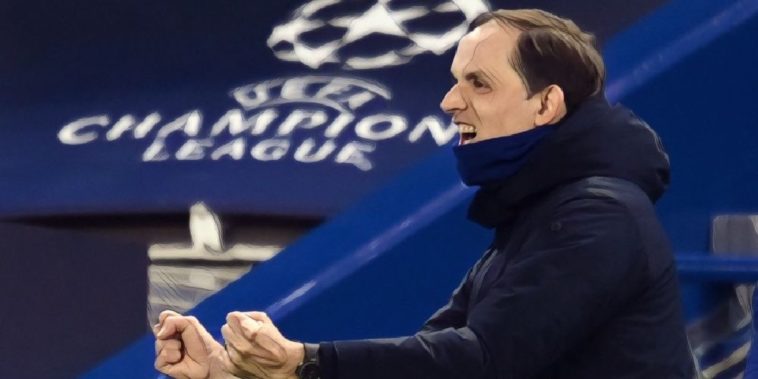 Thomas Tuchel has urged his his side to be ‘brave’ as they prepare to face Manchester City in Saturday nights Champions League final.

The German has overseen an impressive turnaround in fortunes since taking over at Chelsea in January, steering the club to a top four finish and the Champions League final.

This weekend’s fixture in Porto will see the west London side come up against Premier League champions, Manchester City, a side they have beaten twice in the last six weeks.

Pep Guardiola is renown for his tactical tweaks – particularly in high profile Champions League games – and while Tuchel admits he doesn’t quite know how the Catalan will send his side out, he has urged his side to be ‘brave’ on the ball

“This is not about preparing a team or giving them the impression that I know what will happen tomorrow I can just prepare them on possibilities and on our principles that we can analyse. I want to encourage them to be brave to take actions, stay active, defend and attack with a certain aggression and we try to be the best and have no regrets after this game so that is what I encourage my team to do.”

There are often clichés thrown about around finals, and how managers plan to treat them like any other game, though Tuchel told players that it is fine if they are harbouring any pre-match nerves.

“I won’t pretend this is a normal week, this is not a normal week – everybody feels different about it,” he said. “We arrive and the countdown is on, the biggest match in Europe. It’s very exciting, demanding mentally and physically and we need to get it right.

“The tension is building naturally, if you can wish for something we don’t wan to arrive over excited and we don’t want to arrive under exciting. If you’re nervous, you’re nervous, you’re not the only one. To be nervous, you can use it to be on your best level, pressure is sometimes a huge boost and sometimes it’s a big backpack to carry. We are a strong group, we have a genuine belief in what we do and what we’re capable of – tomorrow we will arrive together to make the last step and win this cup.”