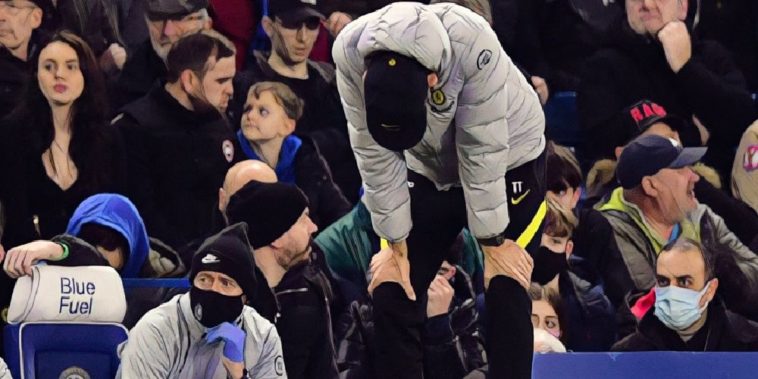 Chelsea’s assault on the Premier League title hit another bump in the road as they were held to a 1-1 draw by an out-of-form Everton side.

The pre-match headlines have been dominated by the worsening Covid-19 crisis that is gripping the game, with Chelsea coming into the game without Romelu Lukaku, Timo Werner, Callum Hudson-Odoi and Ben Chilwell, who all having tested positive – though the latter was already out through an existing injury.

Despite those absences, the early stages would be unsurprisingly dominated by Chelsea, the European champions – and not for the first time this season – wasting a whole host of chances against their out-of-form opponents, with Reece James, Mason Mount and Christian Pulisic all missing presentable opportunities, while Jordan Pickford made a number of vital saves throughout the game.

Thomas Tuchel’s side continued to be wasteful in front of goal into the second half, with Everton starting to show a few signs of adventure as the game wore on. The deadlock would be broken through one of those moments of adventure from Everton, Abdoulaye Doucoure driving up the field only to be robbed of possession. Chelsea took advantage as they played up field, with Reece James eventually sliding the ball into Mason Mount who took a touch before thrashing past England teammate, Jordan Pickford.

Having largely opted for the senior members of his squad since arrival, Rafael Benitez decided to go to some of the club’s academy talents, and it would be one of them who would haul The Toffees level just a matter of minutes after the opener, youngster Jarrad Branthwaite getting a toe onto an Anthony Gordon free-kick from the left and steering the ball past Edouard Mendy.

The result means Chelsea have won just two of their last six games in all competitions, conceding 10 goals, and speaking afterwards, Thomas Tuchel expressed his frustrations and rued his side’s for missing ‘big chances’ to collect all three points.

“Yes, of course (it is frustrating) to give away another lead,” he told BT Sport. “If we see the effort we bring in a match like this, the effort we need to score one goal and the effort the opponent needs to score an equaliser – it is hard to swallow.

“We missed big chances to get the result in the first half and second half we did not find the rhythm consistently and tried to bring on some energy from the bench, but it was hard. We had the lead and give it away with one free-kick.

“Football is almost never like one reason why things go this way, but one big reason is for sure the chances we missed today. We could have been two or three up and were playing with fire. It is obvious we missed a lot of players, big personalities, regular starters, but we will not use it as an excuse.”

The football fixture list is creaking under the pressure of rising Coronavirus cases, with Manchester United, Spurs and Leicester all suffering large scale outbreaks and seeing fixtures called off. There have been calls for a brief suspension of the season to allow for a reset, though Tuchel was keen not to get involved with such discussions.

“I don’t know [if it should be suspended], I don’t want to get involved in the political stuff. If they decide we have to play we play.”