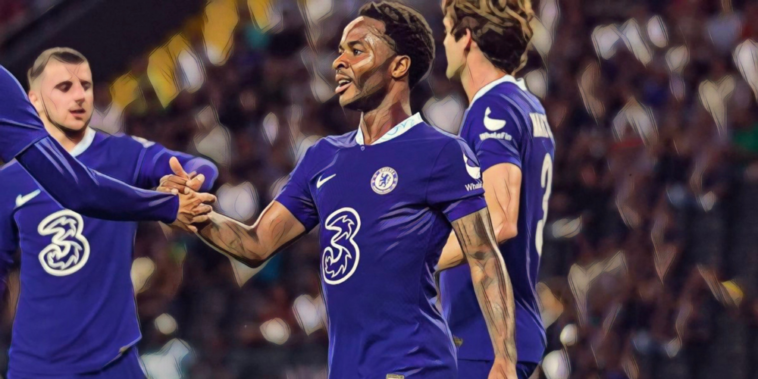 Thomas Tuchel has discussed Raheem Sterling’s best position as he looks to bring the best from the forward at Chelsea.

Sterling joined the west Londoners in a £47.5m deal from Manchester City during the summer, following an impressive period at the Etihad which saw him score 131 goals and win four Premier League titles.

Tuchel hopes the arrival of the 27-year-old can increase the goal threat of his side, after Chelsea allowed both Romelu Lukaku and Timo Werner to leave this summer.

Sterling has operated both in a wide role and through the middle and Tuchel has discussed where he believes the England international can be most effective.

“I think he should play on the last line or between the defensive lines to drive towards the last line. He was very good in training in this free role as a number nine and dropping into half spaces,” Tuchel told his pre-match press conference ahead of Chelsea’s clash with Spurs.

“It’s such a lot of quality that there are many spaces to use for him. He is very dangerous. He came late on our pre-season and things are not finished, but one thing is clear, the kind of impact he has mentally and physically is huge, no matter where he plays.”