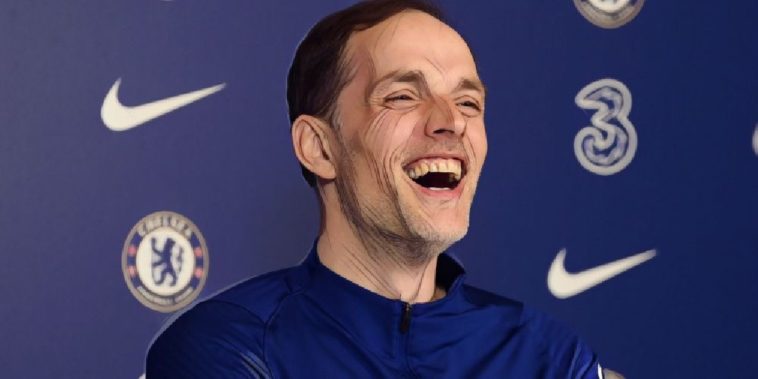 Thomas Tuchel doesn’t feel like Chelsea are the favourites for the Premier League title, but says he relishes the pressure of being in a title race.

Chelsea begin their Premier League campaign at home to Crystal Palace tomorrow evening, with the west London side having been widely backed to challenge for the title this season.

Tuchel insists his side can not be considered as title favourites however, revealing his stance that defending champions Manchester City remain the team to beat.

“Yes, it surprises me [that we are considered as one of the favourites],” he told his pre-match press conference.

“I don’t see why they should be any worse than last season.”

Tuchel says his side will be aiming to hunt down the three sides – Manchester City, Manchester United and Liverpool – who finished above the club last season and is hopeful Chelsea can begin their season with three points against the Eagles.

“We feel like we need still some time to be in the best physical shape,” he said. “I hope we play with this mentality, we want to hunt them down and not from January on, but from Saturday.

“This is the mentality with which we approach this season. We see ourselves as hunters and challengers to the three teams who were in front of us.”

Chelsea significantly strengthened their options with the £97.5m club record signing of Romelu Lukaku this week, securing a record-breaking deal for the Inter Milan forward.

Lukaku has enjoyed a prolific record – scoring 64 goals in 95 appearances – across the past two seasons for Inter and will be tasked with spearheading Chelsea’s title challenge this season.

“Yeah but Man City is doing the same, improving, so are Man Utd,” Tuchel said on the investment.

“I don’t see us as the only ones trying to close the gap by bringing in players. This will not be enough.

“Bringing quality, a mentality and personality, is always welcome. I don’t feel that it increases the pressure on me. It makes life more exciting as a coach.”