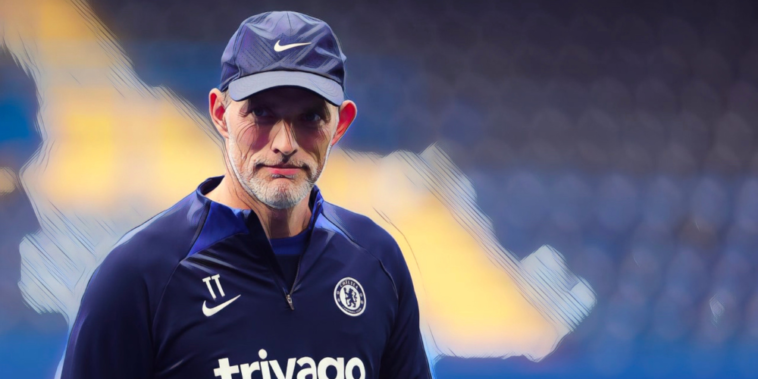 Thomas Tuchel has answered questions on Chelsea’s interest in Leicester defender Wesley Fofana and the prospect of a potential touchline ban.

Chelsea have made an approach to sign Fofana from Leicester, but have so far seen three offers turned down. The west Londoners are expected to return with an improved bid for the 21-year-old, though Leicester have insisted that Fofana is not for sale.

Tuchel’s side take on Leicester in the Premier League this weekend, though Fofana is not expected to feature after missing the last two fixtures. The centre-back has been forced to train with the u23 side after missing training in a bid to engineer a move to Stamford Bridge.

Ahead of this weekend’s clash, Tuchel discussed Chelsea’s interest and insisted the decision on his future will be made by Leicester.

“He’s not our player. It’s their decision and where it has to stay,” he said at his pre-match press conference.

Chelsea remain in pursuit of new signings and have also been linked with Everton’s Anthony Gordon, but Tuchel admitted that time was running out to bring in new additions before next week’s transfer deadline.

“We have some ideas but maybe nobody comes in. It’s not a long window anymore.”

The German also spoke on a potential touchline ban, following his altercation with Antonio Conte during Chelsea’s 2-2 draw with Tottenham earlier this month. Both managers were sent off following a heated exchange and Tuchel believes he will receive a suspension for his actions.

“Yeah, we answered and we wait for the final answer. But I don’t think it will change anything.

“I think I will be banned from the touchline, and that’s it.”