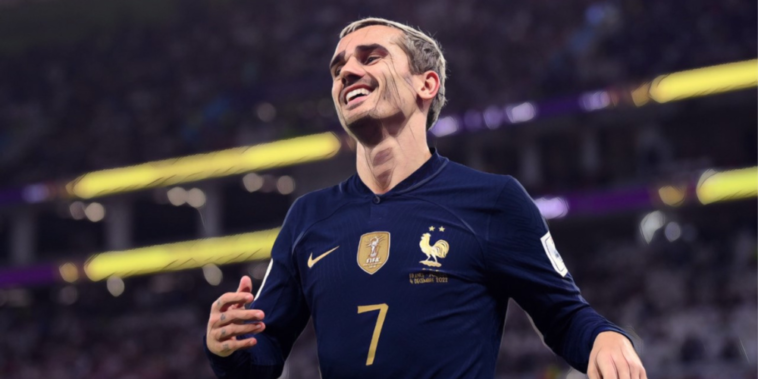 Kieran Trippier has warned England about the threat of Antoine Griezmann ahead of this weekend’s World Cup quarter-final clash with France.

England take on the world champions for a place in the last four, in what promises to be a fascinating encounter at the Al Bayt Stadium in Al Khor.

Much of the build-up has centred around the tournament’s leading scorer, Kylian Mbappe, but Trippier has warned his teammates that France possess multiple threats.

The right-back played alongside Antoine Griezmann during his two-and-a-half seasons at Atletico Madrid and warned England of the threat of the France forward.

Griezmann has impressed in Qatar this winter and has regularly delivered for France at major tournaments, winning the Golden Boot at Euro 2016, before playing a key role in Les Bleus’ World Cup success four years ago.

“I was lucky to play with him,” Trippier said, as per the Times. “You see his talent throughout his career and when you play with him you see his individual talent.

“He’s one of those who, even in training, is clever where he picks up space. He just drifts and is certainly a player to keep an eye on.

“He has the individual quality to find a pass, score a goal and arrive in the box. Griezy is a fantastic player, one we have to be aware of.

“As well as being a great team-mate on the pitch, he’s a great guy. He’s the joker of the dressing room. He’s one of those bubbly guys — from morning until evening he’s always playing jokes, doing pranks. Great character. We got on really well. I have huge respect for him. As a player abroad, you find it hard at times and Griezy certainly helped me. His English is good. He helped me with the language and was really important to me.

“We lived in the same area and spent a lot of time together off the pitch. It was like a big family.”

England boast the best disciplinary record at the World Cup this winter, having failed to receive a single card during their four fixtures to date. Trippier believes the Three Lions are disciplined and said the side are keen to ensure they do not pick up ‘stupid yellows’ and risk suspension.

“We’re a really disciplined team,” Trippier says. “We’ve spoken about not wanting to miss a game, picking up stupid yellows for throwing the ball away. You might need to take a tactical foul and you can’t help that.”