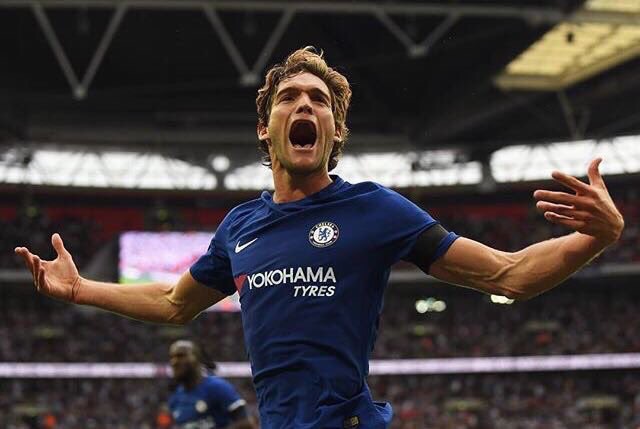 The Premier League’s two best teams last season came head-to-head in their second game of the season, with last season’s Champions Chelsea claiming all the spoils.

Spurs were hoping to kick off their campaign at temporary home ground Wembley Stadium with a win, whereas Chelsea needed a confidence boost after last week’s defeat against Burnley.

It was Chelsea who walked out 2-1 victors however, a Marcos Alonso double giving the visitors all three points. A Michy Batshuayi own-goal was Tottenham’s only way onto the scoresheet, despite statistically dominating the game.

Chelsea’s Alvaro Morata almost scored early on with a close-range header that went narrowly wide of the Spurs goal. Dele Alli then capitalised on a defensive error to work a shot at goal in the 15th minute but blazed over from a tight angle.

In the 24th minute, Dele Alli tripped David Luiz, giving Chelsea a free-kick in a very promising position slightly to the right of the goal. It was Alonso who stepped up, and he curled a stunning left-footed effort into the top-right corner of Hugo Lloris’ goal.

Tottenham responded well to going behind. Harry Kane saw one shot saved and another go just wide; a Christian Eriksen free-kick needed a touch from anyone to take it into the net. Kane then hit the post and Davies had a powerful drive palmed away by Courtois, but it was 1-0 at half-time.

The second half brought with it many good chances for both sides. Eriksen and Kane both missed good chances immediately after the break, and Spurs’ frustrations continued when they had appeals for a penalty turned down on the hour mark.

Chelsea also had plenty of chances to double their lead however, with Morata, Moses and Willian all failing to put the ball in the back of the net when given the opportunity.

Tottenham thought they had snatched a point when in the 83rd minute. Eriksen floated a ball into the box which was headed, somewhat impressively, into his own goal by Michy Batshuayi.

Hopes soon fell however as Marcos Alonso had the final say, drilling the ball past Lloris right at the death to send Chelsea home with a win.

Nothing to worry about

This game, though frustrating for Spurs, shouldn’t make them lose too much sleep. Dominating possession (68%-32%), shots (18-9; 6-2 o.t.) and corners (14-3) against the Champions, in unfamiliar surroundings is no small feat. Tottenham should feel confident in their ability when facing less capable teams as the season progresses.

Chelsea will be happy to put their 3-2 loss to Burnley behind them with his important win, and will judge their season to have finally properly begun with this impressive away victory.