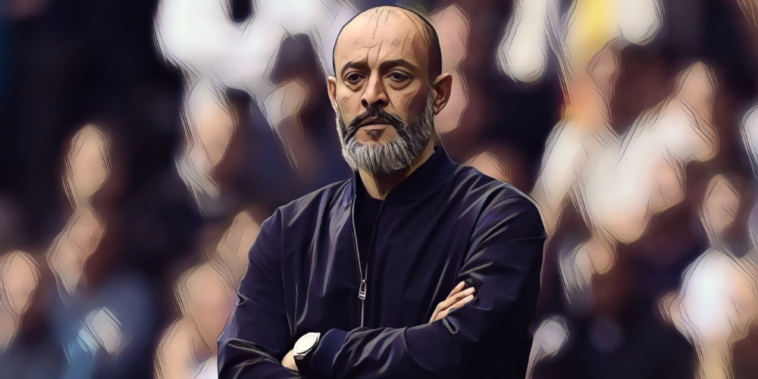 The North London side are currently eighth in the Premier League following the club’s disappointing. 3-0 defeat to Manchester United on Saturday evening, with the Spurs’ supporters having called for change during a humbling home loss.

Nuno was named as Jose Mourinho’s successor during the summer but has seen his side fade following a bright start to the season, losing five of their past seven league fixtures with his negative tactics having been criticised.

Spurs failed to register a single shot on target during the defeat to the Red Devils this weekend and reports have circulated over unrest in the dressing room with senior stars unhappy with the Portuguese coach’s defensive tactics.

Spurs have confirmed that Nuno – alongside the manager’s coaching staff of Ian Cathro, Rui Barbosa and Antonio Dias – have all been relieved of their duties in a statement on the club’s official website.

Daniel Levy will now be seeking a fourth permanent manager in the past three seasons, with former Roma and Shakhtar Donestsk manager Paulo Fonseca – a reported target for Newcastle – reportedly back in the frame after previously holding talks with the club during the summer.

Antonio Conte has also been linked with the position despite talks failing to materialise in a deal prior to Nuno’s appointment, with Fabrizio Romano reporting that Spurs are again ‘pushing’ to convince the Italian to become their new manager.

Tottenham are now pushing to convince Antonio Conte as new manager to replace Nuno. He’s always been top of the list since June where there was no agreement with Spurs board. ⚪️ #THFC

Tottenham director Paratici is working to find an agreement with Conte as priority. pic.twitter.com/PSDrbh754b

Conte has a prove track-record of success after winning league titles with Juventus, Chelsea and Inter Milan and is currently without a role after leaving the latter during the summer, following disagreements with the hierarchy at the San Siro.

He has recently been linked with Manchester United with manager Ole Gunnar Solskjaer also under pressure going into their game against Spurs at the weekend.