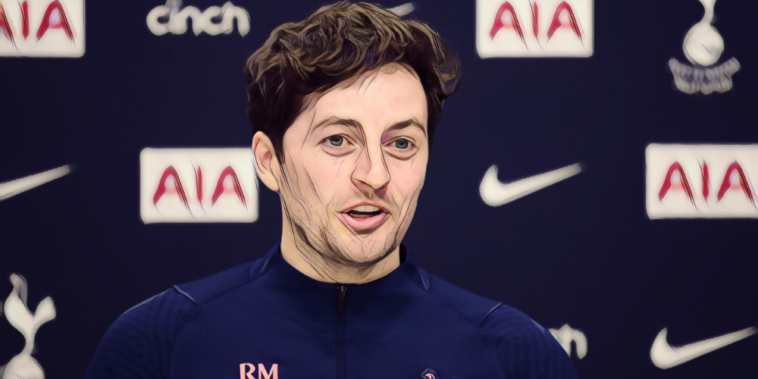 Ryan Mason has urged his side to ‘play like Tottenham’ ahead of his first game in charge as the north London side face Southampton in the Premier League this evening.

Mason will take charge of Spurs for the first time since being announced as the club’s interim manager, following the dismissal of Jose Mourinho from his position on Monday.

Mourinho was sacked following a disappointing second half of the season, Spurs currently seventh in the division and facing an uphill task to secure a top-four finish and Champions League qualification.

The Portuguese’s period in charge brought criticism over the club’s negative style of football and Mason has appeared to criticise Mourinho’s pragmatism when discussing how he envisages Spurs playing under his reign.

“I’d hope to think it’s what a Tottenham Hotspur side would historically look like,” Mason explained at a press conference on Tuesday. “I want us to be brave and aggressive, to play like Tottenham Hotspur.

“With such a short turnaround with games at the moment, the most important thing is to get the players in a right frame of mind, to give them some key principles in how we want to approach games of football and then hopefully as that goes on that can develop.”

Mason insisted he was keen to move on from the previous regime as he bids to return Spurs to winning ways, the clash with Southampton followed by Sunday’s Carabao Cup final against Manchester City and a chance to end a 13-year wait for major silverware.

“I don’t think it’s about the previous management. That’s gone now,” he added.