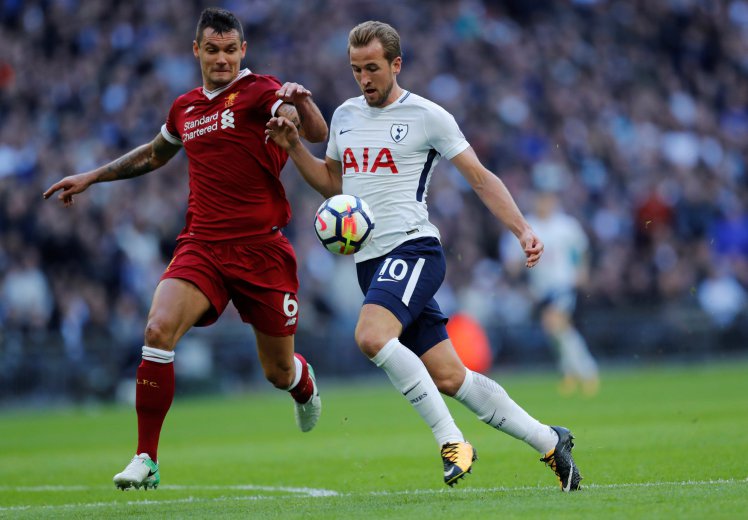 Tottenham seem to have found their stride at Wembley Stadium after a dominant performance against bogey team Liverpool. Here’s five things we learned.

Kane now sits as top scorer of the Premier League after his two goals against Liverpool. This is despite not scoring at all in the month of August.

The same is true for last season, where Kane didn’t score a single goal in August and ended up as the league’s top scorer.

It seems that the Spurs frontman’s goalscoring prowess is so good that he can give everyone a headstart, and still be able to come out on top.

For Tottenham’s first, Lovren had pushed up which gave Harry Kane a lot of space in behind for him to compose himself, take the ball around Mignolet and put the ball in the back of the net.

Not long after, Lovren jumped and dove in for a header, but missed the ball completely, again allowing Kane space and time to run with the ball and cross for Heung-min Son to score.

He was substituted before the first-half was finished and Liverpool looked more assured afterwards. It is clear that the Croatian isn’t good enough if Liverpool want to reach the high standards they’ve set themselves.

Perhaps this should say ‘still’ world class. An absolutely stunning save to deny Philippe Coutinho brought the crowd to their feet in applause, and rightly so.

After an equally amazing save against Real Madrid at the Bernabeu last week, there’s no doubt that Hugo Lloris is world class and takes Tottenham to the next level.

Tottenham are learning how to play at Wembley

After a shaky start at home, with their second week loss to Chelsea the most conclusive proof of this, Spurs seem much more comfortable on the Wembley pitch of their temporary home.

Tottenham defended and kept possession well, and didn’t seem stretched or suffering any difficulty on the pitch, which is much larger than the White Hart Lane pitch they played on last season.

This is definitely good news for Tottenham that they have adapted so quickly after fears they wouldn’t do so, and for the rest of the season will hope to keep up the high levels of performance they found against Liverpool

The impetus is changing in this fixture

Tottenham hadn’t beaten Liverpool since 2012. Liverpool had won seven times in that time, included 5-0 and 4-0 wins. Pochettino had never won against Liverpool in his time as manager of Spurs, and will be glad that that is no longer the case.

Liverpool have been a bogey team for Tottenham for five years; a team they have found it difficult to beat. Last season, Spurs were knocked out of the league cup by Liverpool in a 2-1 win.

Tottenham will be very happy to have put their bad form against Liverpool behind them with this landmark win. Mauricio Pochettino’s men look like a force to be reckoned with at the moment, but next week’s away match against Manchester United will be a huge test and will show if they have title challenge credentials.