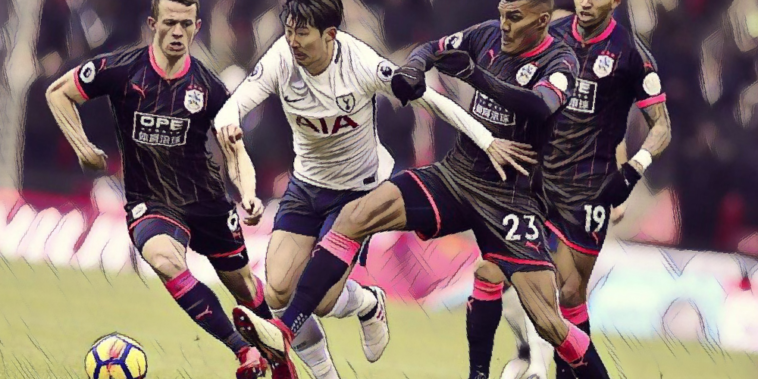 Tottenham were comfortable winners yesterday, with two Heung-Min Son goals the difference between the two sides. Spurs cemented their place in fourth, and Huddersfield remain three points clear of the relegation zone in 15th. Here’s five things we learned:

The South Korean is an often unsung hero amongst the names in the Spurs lineup such as Harry Kane, Dele Alli and Christian Eriksen.

This season, he has contributed to 24 goals, scoring 15 and setting up nine. He’s the second most prolific player in the Tottenham team and must have made himself one of the first names on the scoresheet.

His first goal against Huddersfield was fantastic, breaking free of the defenders, shaping up to shoot before taking it past Jonas Lössl to expertly finish. Underrated for sure.

Lössl is a good goalkeeper

The reason Tottenham only won 2-0 was because of the Huddersfield goalkeeper.

The Dane produced good saves from Eriksen and Kane and several other instances during the game which stopped Tottenham creating a much more embarrassing scoreline. Kane especially could’ve had two or three had Lössl not been in such good form.

Tottenham have hit their stride

Spurs are currently having their longest unbeaten run since 1967, a total of 17 games without a loss for Mauricio Pochettino’s men. This includes big games against Liverpool, Arsenal and Manchester United, as well as the away leg against Juventus.

Of course, there’s plenty of the season left to go, starting with the second leg against Juventus, followed by four away fixtures in the Premier League including at Stamford Bridge and then they host Manchester City. Tottenham will need to be at their best to keep this run going.

Competition for Spurs places is fierce

There was a period of time where the Spurs teamsheet was guaranteed to feature Eriksen, Alli and Son.

However, with the return of Erik Lamela and the signing of Lucas Moura, the attacking trio at Tottenham will be looking over their shoulder at the players desperate to get into the team.

There will be no more opportunity for complacency from the Spurs players as each space is contested, especially as they are still competing well in three trophies this season.

This season has been very up-and-down for the newly promoted Huddersfield. Big 4-1 wins against Watford and Bournemouth have been high points, but they’ve also crashed 3-0 at Leicester and 4-1 against West Ham.

They were outplayed by a very in-form Tottenham side yesterday, but they have enough quality to remain in the Premier League if they get results against the teams around them.

With Lössl playing well, as well as Tom Ince and Danny Williams showing signs of promise in an otherwise unexciting performance, they should keep their heads up and head into their next run of games with confidence.

This includes matches against other newly promoted sides Brighton and Newcastle, as well as home games against Crystal Palace and Swansea. Good results in the next few should secure their safety, but they’ll need to keep heart in the run-in to the end of the season.