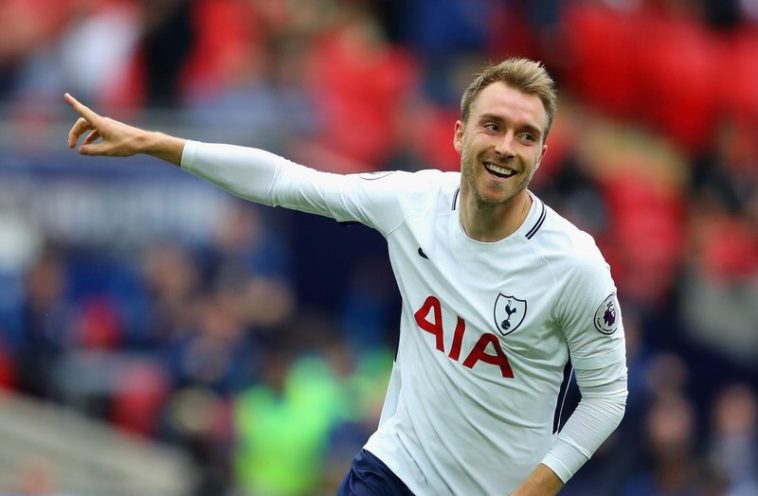 A sublime Christian Eriksen finish was enough to see Tottenham overcome a resilient Bournemouth side, giving Spurs their first home win of the season since their move to Wembley Stadium.

Spurs remain in 3rd in the table while Bournemouth continue to struggle in 19th after their fourth consecutive away loss.

Both sides had chances in the first half. Hugo Lloris pulled off a couple of great saves to deny Bournemouth, and Harry Kane could’ve had a couple but Bournemouth’s defensive set up was proving difficult to break down for Spurs.

The Dane broke the deadlock right after half time. Heung-min Son teed up the ball for him, and despite Simon Francis’ best efforts of a slide tackle, was able to find the time and space to side-foot the ball into the bottom corner beyond Asmir Begovic.

Kane did have the ball in the back of the net, but it was rightly ruled offside after he had headed in Kieran Trippier’s cross.

A goal-line scramble soon after left Kane with no idea how he failed to score. He latched onto a through ball, and had his first effort saved by Begovic. Dele Alli showed great awareness and composure to play the ball back to the Spurs striker but saw his second shot saved too.

Substitute Jermain Defoe came close to scoring against his old side when Jordon Ibe cleverly passed to him, but his strike was saved by Lloris.

Eriksen could’ve had a second in the 81st minute, but saw a powerful left-footed shot saved well by Begovic, who was in great form.