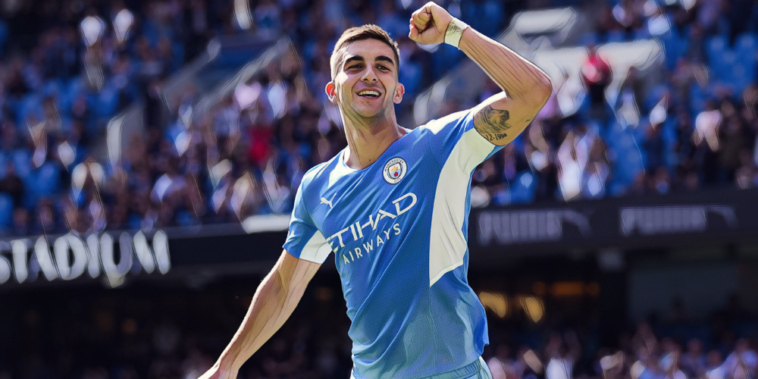 Ferran Torres’ transfer to Barcelona has been reportedly held up by bureaucratic issues, according to reports in Spain.

Barcelona have agreed a deal with Manchester City worth €55 million, plus a further €10m in add-ons, with the Spain international having travelled to Spain to finalise the deal.

Torres was pictured in Barcelona in the last few days where he has reportedly passed his medical, and his presentation was scheduled to take place at 11am on Tuesday.

However, according to AS, that has now been held up by ‘bureaucratic problems’, with the player waiting for the transfer to finally go through.

It is reported that the deal is still expected to be completed, though Barcelona still need to lower their wage bill to accommodate Torres’ salary, either through player departures or wage reductions.

The report suggests that Ousmane Dembele is the ‘safest option’ with the French winger said to be in talks to extend his contract and take a salary reduction.

It has also been suggested that Luuk de Jong could be allowed to leave in January to further lower the Blaugrana’s wage bill, with Cadiz believed to be a potential destination.

The report says that this is the latest delay in Torres’ move to the Catalan club, who had initially hoped to announce his arrival on the 23rd.

Torres is currently out of action with a fractured foot that he suffered during Spain’s Nations League final defeat to France in October.