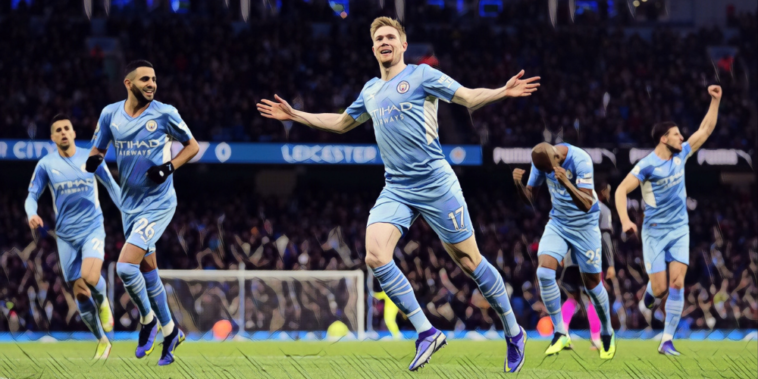 Chelsea have struggled for results and performances in recent weeks, falling adrift of a Manchester City side that are looking more and more like a Premier League juggernaut with each passing performance.

Having seen the defending champions score four or more goals for the third consecutive league fixture earlier in the day, Chelsea found themselves trailing to Aston Villa in the early evening fixture and at risk of falling nine points behind in the title race.

Romelu Lukaku was introduced from the bench at half-time and marked his return to the side with a match-winning cameo, proving the catalyst of a comeback win and glancing home a header to put his side in front.

It was a moment of quality from the Belgian, ghosting across Tyrone Mings and outmuscling the centre-back to head home a decisive goal.

Fitness issues have prevented Lukaku from finding the scoresheet as often as hoped this season, but his record arrival from Inter Milan last summer was signed off with moments like this in mind.

Mikel Arteta said that Bukayo Saka is getting better and better following Arsenal’s win at Norwich and it’s an assessment that’s difficult to disagree with following the latest outstanding performance from the winger.

Saka was in menacing mood as he gave Brandon Williams a torrid time at left-back, scoring twice in a resounding 5-0 win at Carrow Road and providing Arsenal’s most dangerous threat throughout.

The 20-year-old opened the scoring after just six minutes, before netting a superb second after being afforded too much room to cut inside and fire home beyond Tim Krul.

Most PL goals scored by players under the age of 21 this season:

Most PL assists by players under the age of 21 this season:

Saka remains amongst the most exciting young talents in the Premier League and is at the forefront of an emerging Arsenal side, the Gunners’ new-look defence providing the foundation for their promising attack to flourish.

The quartet of Saka, Martin Odegaard, Gabriel Martinelli and Emile Smith Rowe have all found their groove in recent weeks and their performances offer encouragement to the north London side’s hopes of a Champions League return.

It would be impossible to delve through our Premier League tributes without saluting a sensational game of football at the Etihad, Manchester City and Leicester playing out a truly bonkers Boxing Day clash.

Leicester looked to be heading towards an emphatic embarrassment at the Premier League champions, the Foxes finding themselves four goals down inside the first 25 minutes as City ran riot.

Brendan Rodgers’ side bounced back after the break, however, scoring three times in just 10 minutes to create anxiety amongst the watching home crowd as an improbable comeback edged closer.

The best of the action from a breathless encounter at the Etihad! 🎥#ManCity pic.twitter.com/Jar7fzL0Dg

In a game which saw the momentum swing from one end to another, City put the result beyond doubt as further goals from Aymeric Laporte and Raheem Sterling made it six, in what was the first ever Boxing Day Premier League fixture to feature nine goals.

One for the neutrals.

Brighton ended the longest run without a win in English football’s top four divisions, moving back into the Premier League’s top half after beating Brentford 2-0 at the Amex Stadium.

The Seagulls secured three points after wonderful goals from Leandro Trossard and Neil Maupay, the former’s a brilliant demonstration of awareness and technique to lift a first-time volley over the onrushing Alvaro Fernandez.

What a touch from Trossard to give Brighton the lead 🎯

Watch #BHABRE live now on Sky Sports PL and Main Event 📺
Follow all the updates on our blog 👉 https://t.co/A4LwKgauVa pic.twitter.com/kXAfxd7DfB

Enock Mwepu’s long pass released the Belgian in behind, with Trossard allowing the ball to drop over his shoulder before delicately touching the ball over Fernandez to open the scoring.

“It was a roller coaster, a typical Boxing Day (game) with a lot of goals.

“For everyone it was an entertaining game. It’s another victory, so important to continue our run, but it was weird.”

James Ward-Prowse’s set-piece expertise has been invaluable to Southampton in recent campaigns and the midfielder’s dead-ball ability once again helped the Saints to three points on Boxing Day.

Ward-Prowse scored Southampton’s second from the spot for his fourth league goal of the campaign and in doing so became just the fourth Premier League player to reach 10+ goals from both penalties and free-kicks.

10 + 10 – James Ward-Prowse (10 penalties, 11 direct free-kicks) is only the fourth player to score 10 or more @premierleague goals via both penalties and direct free-kicks, after Thierry Henry, Cristiano Ronaldo and Ian Harte. Specialist. pic.twitter.com/AKgGk5jL2V

Christmas Day saw countless images plastered across social media of blokes pushed into wearing matching pyjamas in front of the tree. Davinson Sanchez’s joining in of Spurs’ celebrations against Palace this weekend certainly had a similar reluctant feel.

The Colombian’s face paints a perfect picture of a man who regrets his pre-match agreement to join his teammates antics in front of thousands watching on.

All the time in the world for Davinson Sanchez wanting no part in this but reluctantly going ahead with it anyway pic.twitter.com/LnPyhKVO5x

Wilfried Zaha is far too experienced a footballer to receive a red card in the manner he did this weekend, the forward sent off after two bookable offences in quick succession against Spurs.

Zaha is often the victim of rough treatment and is no stranger to reacting to provocation, but his decision to launch Davinson Sanchez just minutes after picking up a first booking was utter stupidity.

Yes, Zaha’s first caution was harsh and yes, the Colombian more than made the most of the incident, but he gave Jonathan Moss little option but to brandish a red and leave Palace down to ten men – and without their biggest threat – inside the first half.

A moment of madness from Wilfried Zaha 😤

He receives his second yellow card for this shove on Davinson Sánchez! 🟥

From bad to worse for Crystal Palace… pic.twitter.com/sP6whMwezo

There’s plenty of things to like about a youthful Palace side that have shown encouraging signs under Patrick Vieira this season and Zaha, as a leader amongst an inexperienced core, should know better than to react to opposition challenges.