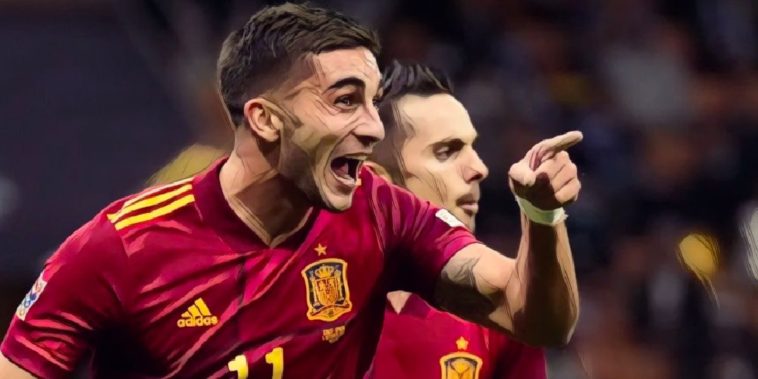 Ferran Torres has completed his move from Manchester City to Barcelona with the forward signing a long-term deal with the Spanish side.

Barcelona came to an agreement with the Premier League champions last week, the Catalan club set to pay an initial fee of €55m (£46.7m) with the figure potentially rising to €65m with a number of add-ons included in the deal.

The deal has now been finalised after Torres completed a medical in Catalonia, having emerged as Barcelona’s first-choice forward target following the retirement of Sergio Aguero.

Torres had expressed a desire to return to La Liga after 18 months in the Premier League, with Pep Guardiola having admitted he was happy for the forward to depart after expressing his interest in signing for Barcelona.

The 21-year-old signed for City from Valencia in £20.8m deal and enjoyed an encouraging first season at the Etihad, scoring 13 goals across all competitions.

Torres has also established himself in the Spanish national side since making his senior debut in 2020, scoring 12 goals in just 22 appearances for La Roja at international level.

Speaking on the completion of the deal, Man City director of football Txiki Begiristain told the club website: “Ferran should be proud of what he has achieved here at Manchester City.

“Last season was his first time in a new country, but he adapted well. He always gave 100%, worked hard for the team and scored goals which helped us win trophies.

“Injury unfortunately prevented him from playing more games this season, but Ferran is a player we have all enjoyed working with and we wish him all the best at Barcelona and for the rest of his career.”

Torres has signed a deal until 2027 that contains a buyout clause of €1 billion and will be presented to the fans on January 3rd.