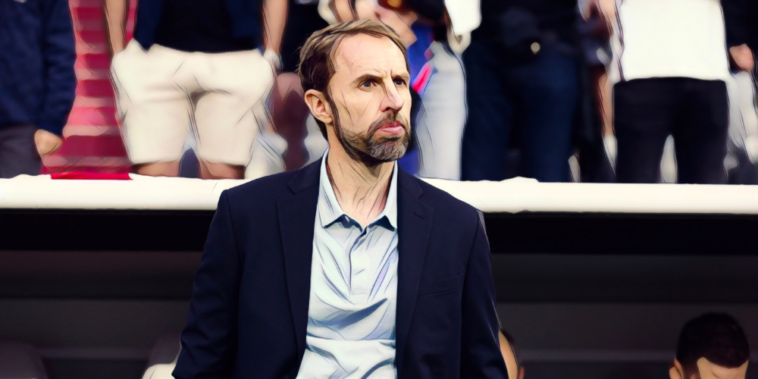 He gets around a lot, does Gareth. The England boss always has Premier League tickets, and he’s often spotted up and down the country checking on players for his international squads. But with a condensed season and a winter World Cup, Southgate won’t be watching games later this season particularly comfortably. He’ll want to go one further than he did at the Euros and finally bring a trophy home.

But to do that he’ll need England’s star players. The last thing he wants is a spate of late injuries. So when November rolls around, there are a few games he’ll watch between his fingers while begging for a spot of luck.

There’s every chance that Harry Kane could come home from the World Cup with a second Golden Boot, and the top spot in England’s all-time goalscoring lists. But Kane missed a lot of last season with injuries, so Southgate will want him wrapped in cotton wool before he gets on that plane to Qatar.

Unfortunately, in his last league game, England’s skipper will be up against Leeds. Never the cleanest of sides, Leeds have rediscovered a nasty streak under Jesse Marsch. Scottish centre-half Liam Cooper won’t shed any tears if a crunching tackle puts Kane out of action for the Auld Enemy, German Robin Koch might think neutralising a threat will put him back in World Cup contention, and new signing Rasmus Kristensen just looks like he enjoys kicking people.

Gareth Southgate will be praying Kane gets through this one unscathed.

He keeps doing it. Nobody knows why, but Southgate insists on picking Harry Maguire despite the Manchester United defender being totally devoid of confidence. Even when he looks bereft at Old Trafford, Gareth picks Maguire to marshall the England defence, and it’s beginning to irritate fans.

He might get away with it if Maguire discovers some form next season, but in his last game before the World Cup break, Maguire’s United travel to Craven Cottage. You’d expect the Red Devils to beat Fulham easily, but Aleksandar Mitrovic is a handful. He scored 43 goals in the Championship last season, and will be certain that he can comfortably outdo the three goal haul he managed last time he played in the top flight.

Seeing the supposed rock of England’s defence tormented by a flat track second division bully will rock fans’ confidence in Southgate. Especially if it doesn’t rock Southgate’s confidence in Maguire.

A Sting for the Whole England Midfield?

Worrying about one player is bad enough – whether that player’s Kane or Maguire, it won’t be comfortable viewing for the England boss. But spare a thought for Gareth when he turns on the telly or grabs his Manchester City tickets for the Citizens’ game against Brentford.

Now Brentford aren’t a combative team like Leeds, and they don’t have a striker like Mitrovic, but this is Premier League football. Injuries happen. Players get knocks. It’s a fact of the game. So it’ll be no surprise that there will be a few players Southgate will be hoping don’t get hurt.

Players like Jack Grealish. Or Phil Foden. Or depending on the vagaries of the transfer market, Raheem Sterling and Kalvin Phillips. Poor conditions at the Etihad, a few late tackles, or something as stupid as a collision during the warm-ups could rob England of three of their most important creative players or a midfield lynchpin. It’s a disaster scenario weeks out from a World Cup, so Gareth will be hoping that the Bees are on their best behaviour. And that the City ground staff will know their stuff.

Hopefully, England’s players will come through a tricky final round of Premier League fixtures unscathed. But until everyone’s safely on that plane, we’re sure Gareth Southgate won’t be sitting comfortably.