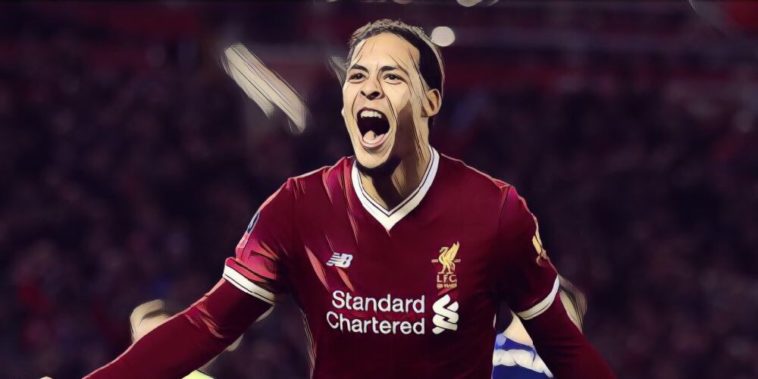 Every year, football players get more and more expensive with the highest transfer record getting broken every few seasons…although the Neymar one will be tough to match.

When it is broken it is usually by a big club trying to bring in a striker/winger who can get them 40-50 goals a season or a midfielder who can take games by the scruff of the neck or a superstar who can do both.

Rarely will a big club spend similar amounts of money for the men at the back who keep out the goals. Recently, though some of the big clubs in the Premier League have been spending huge amounts of money on defenders. These are the five most expensive in the league’s history….

From: Everton, To: Manchester City

John Stones moved from Everton to Manchester City in August 2016 for just under £50 million, which made him the most expensive English defender ever at the time.

A lot of eyebrows were raised when he made the move as he was seen as far from the finished article. Man City though were clearly looking at the potential of Stones when spending this amount of money.

He has had a decent start in Manchester so far, playing a big role in the first half of Manchester City’s title campaign this season. Although after coming back from injury he wasn’t able to regain his place as a starter for City which lead to him playing a smaller role in the second half of the season.

From: Tottenham, To: Manchester City

Another Manchester City signing, Kyle Walker came over to City from Spurs in the 2017 summer transfer window.

He’s made a fantastic start to his City career as he has made 32 league appearances for the club so far this season, and he’s been one of the key players in this Premier League winning season for the Manchester club.

What he can achieve in the future with Manchester City is unknown, but the future looks bright for this great right back.

From: Monaco, To: Manchester City

Yet again a Manchester City signing makes this list. Benjamin Mendy was apart of the Monaco team that shocked the world by winning the 2016/17 Ligue 1 title ahead of Paris Saint Germain.

This prompted Pep Guardiola to spend big to bring the 23-year-old to the Etihad as he was rebuilding his defence.

Unfortunately for Mendy he suffered an early season injury that made him miss most of last the campaign. However, he’s still young and recovered from injury in time to be part of the France squad that won the World Cup in Russia this summer. The talented full back has made his City return in pre-season and is expected to play a major role at the Etihad this season.

From: Athletic Bilbao, To: Manchester City

Now we promise you that this isn’t just a list of Manchester City’s most expensive defenders and this is the last Man City player to feature.

Laporte came over to Man City in the 2018 January transfer window to bolster the centre back depth of Guardiola’s squad following some injury problems with John Stones and Vincent Kompany.

He’s only made nine Premier League appearances for the Manchester club so far, so it’s too soon to judge if he was worth the money yet, we’ll find that out in the next few years.

From: Southampton, To: Liverpool

He became the most expensive defender in Premier League history in the 2018 January transfer market when Liverpool spent big to help sort out their shaky defence. They actually tried to sign him in the summer window, but Southampton managed to keep hold of him for another 5-6 months.

Since Van Dijk has come into the team Liverpool have been much stronger defensively, with his performances an integral part of the Reds finishing in the top four and reaching the final of the Champions League last season. £75 million is obviously a lot of money, but if Jurgen Klopp’s side are to challenge for the Premier League this season as many expect, Van Dijk will definitely be worth it.