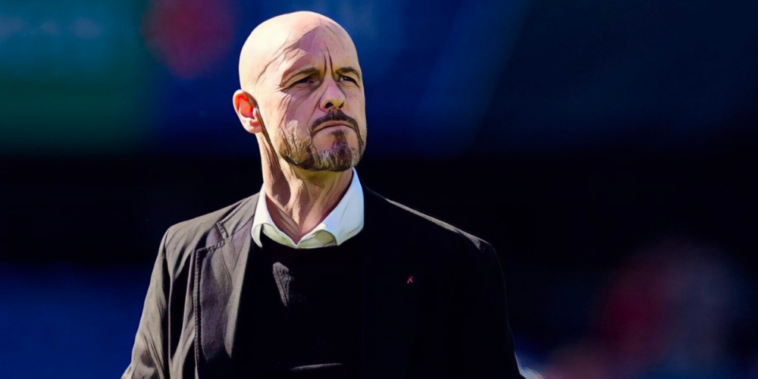 Erik ten Hag has officially been confirmed as the next permanent manager of Manchester United, with the Dutchman set to leave Ajax for Old Trafford this summer.

Ten Hag has agreed a deal until 2025 and is the latest man to be tasked with restoring the Red Devils to former glories, the club’s fifth permanent appointment since the retirement of Sir Alex Ferguson.

United have endured a disastrous campaign and Ten Hag will arrive at a club facing major problems, with a huge rebuild required to turn the record 20-time champions into contenders again.

Following the announcement of Ten Hag’s appointment, we’ve decided to look at five immediate issues that should be on the 52-year-old’s agenda.

Manchester United have been disjointed and dysfunctional for some time, with the Red Devils lacking a clear footballing philosophy in recent seasons.

The current campaign has perhaps been the least cohesive in memory and results have relied on individual moments with Cristiano Ronaldo’s goals having bailed out the side on occasion.

Ralf Rangnick questioned the fitness of the squad following the recent draw with Leicester, telling reporters post-match that his team were unable to compete with the Foxes.

🗣 "I like his football – with a full pre-season to build and mould his own staff and team, we will see an improvement on the pitch"

“I told the board this is what has to happen. Whenever the new head coach is clear, it has to be: ‘How does he want to play and what kind of players do we need for that?’ Then we come back to DNA, speed, physicality, tempo… what do we need? This team does not lack technical players; it can do with more physicality.”

If Ten Hag’s team are to cope and compete with the intensity seen at leading Premier League rivals, improvements in fitness training and/or personnel will be central to implementing a clear style.

The 4-0 loss to Liverpool at Anfield this week was a clear sign of the current regime’s inability to match the tempo of top teams.

The club’s business has been poor across the past decade, from both a sporting and financial perspective.

Daniel James’ sale to Leeds last summer was just the fifth time the Red Devils have made a profit on a player across the last decade, with the total profit from those five players equating to just £21.1m.

Man United's net spend since they last won the Premier League in 2013 😳 pic.twitter.com/bD1eVNBQrq

It is both a staggering and unsustainable statistic under the current owners and investing in players with room to improve and re-sale value is crucial to continued development.

United rank behind only Manchester City for net spend across the last five seasons, with their £378.9m net investment more than Chelsea (£133.2m), Liverpool (£92.4m) and Tottenham (£94.6m) combined.

Their return on that investment has been five barren seasons without silverware.

Ten Hag will be the leader of a new era at Manchester United, but the Dutchman must select his most trusted lieutenant.

Harry Maguire is the current captain but has come under increasing pressure to relinquish that role this season, the defender’s erratic form and repetitively tone-deaf soundbites having made him an unpopular figure.

Has the captaincy impacted Maguire’s personal form? Or could the England international even be deemed surplus to requirements?

Maguire – the leading scapegoat in a team of poor performers – has endured the most testing period of his career and is a much better player than he has shown this season. In the right system he could still have a major role, but it remains to be seen where the 29-year-old fits into Ten Hag’s plans.

Barring a dramatic turnaround in form and immediate impression on the incoming boss, there could be a new name wearing the armband at United next season. Alternative leadership options inside the current dressing room are minimal, however.

Cristiano Ronaldo’s presence at Manchester United has divided opinion all season long, the positives of the return of the club icon having been a continued source of debate.

Ronaldo was no doubt a signing of short-termism and perhaps even a sweetener to appease disgruntled fans, with the 37-year-old’s advancing age making him a far from ideal lead for a side intent on high-energy football.

That said, Ronaldo’s match-winning talents have rescued the Red Devils on several occasions this season and only Mohamed Salah and Son Heung-Min have outscored the Portugal captain in the Premier League this season.

He has 21 goals for the campaign in all competitions, goals that are not easily replaced. Will Ten Hag look to build the early version of his side around Ronaldo next season, or will the Dutchman make the brave call to move on next season without the club’s leading scorer?

For much of this season there have been leaks and allegations over a toxic dressing room at Manchester United, with reports of player unrest, disagreements and power struggles inside Old Trafford.

Ten Hag will soon learn that being Manchester United manager comes with huge outside noise and his task will be ensuring internal matters are not revealed.

“One of his qualities is managing a dressing room. He can also handle the so-called difficult characters.” Chat with Ten Hag’s lifelong friend on what #mufc players can expect from their next manager https://t.co/gtg1G86kXQ

The truth in much of the reports this season is unclear, but if there are leaks inside the camp then ridding the dressing room of such names will be of paramount importance.

Ten Hag will likely provide the current squad with a chance to impress in pre-season, though this is the same group of players that have routinely hidden behind managers and shifted blame for disappointments.

Finding which characters are worth keeping will be central to rebuilding a positive and winning culture.