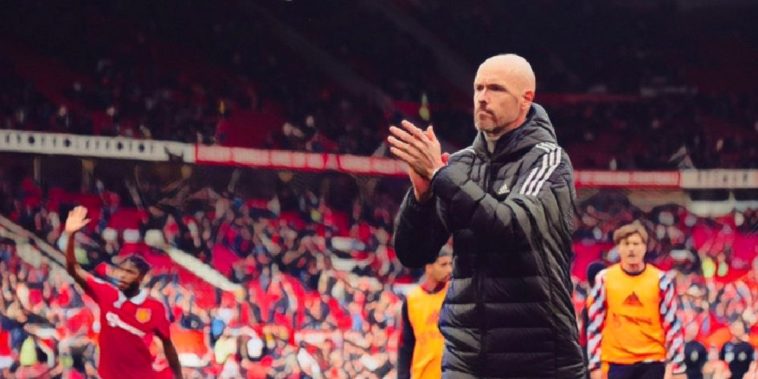 Erik Ten Hag said he saw plenty of positives from Manchester United’s display despite being held to a 0-0 draw at home to Newcastle.

Manchester United needed a late winner in midweek to get the better of Cypriot minnows, Omonia Nicosia, and came into Sunday’s game with a number of absent players: Thurday’s matchwinner Scott McTominay suspended after picking up five yellow cards, while Christian Eriksen was ill.

United dominated the ball throughout the game, with Erik ten Hag’s possession and pressing principles increasingly visible from his side, though they lacked a bit of penetration and creativity against a well-organised Newcastle side.

Newcastle did pose a threat of their own at the other end, and had a decent shout for a first-half penalty, though they perhaps missed the pace and dynamism of Allan Saint-Maximin who was also injured.

There was a moment of controversy in the second half when Cristiano Ronaldo put the ball in the back of the net, the Portuguese cheekily taking the ball off Nick Pope and putting it into an empty net, with United remonstrating with referee Craig Pawson after they believed the ball to have been in play following a touch from a Newcastle defender.

United had two great chances to win the game late on, Fred putting his effort wide from 12 yards after Marcus Rashford had done well to round Pope, before Rashford then put a stoppage-time header wide of the post to ensure the spoils were shared.

Speaking to MUTV afterwards, United boss Ten Hag said he felt his side were ‘a bit erratic’ during the first half, though felt they deserved to win the game.

“We are disappointed we didn’t win as the performance was good. A clean sheet, we pressed well from the front to the back and we controlled it, I think.

“I thought we were good on the ball in stages, especially the second half. We were a little bit erratic in the first half. You see a physical team as Newcastle, we matched them, at least. In the end, we could have won and we deserved to win. It’s a big compliment to the team that we could deserve this with a physical performance against maybe the best physical team in the league. When you can deliver this, you keep going.”

Despite dropping points, the Dutchman said there were plenty of plus points from his side.

“All details, the pressing was even better in the second half and, especially on the ball, we were better and more composed. We beat them in the midfield and we created chances. They gave everything they had, individually and team-wise and deserved winning because we created the chances.

“We missed two huge chances – we could, and should, have scored the winning goal. It was a good run by Rashy for Fred and the last one was a good cross by Casemiro and Rashy had to score.”

Asked about Rashford’s performance after replacing Cristiano Ronaldo as United’s only change of the game, he said: “Yeah, he created two good chances. The first, a good move in the back, and the second a header. He had an impact, that is what I expect from players who come in from the bench. We decided to get freshness in the team and I think that worked out really well.”

Aside from the Ronaldo goal controversy, there were a number of other questionable refereeing decisions, though the Man Utd boss refused to comment on Craig Pawson’s performance.

The former Ajax boss reiterated that he was pleased with his side’s mentality and performance.

“In the end, it was the physical and then the mentality. How we kept going. We gave them cramp because we made them run when we were on the ball, because our pressing was good. In the end, we broke them but didn’t kill them by not scoring. So I’m pleased with the performance but disappointed by the result.”