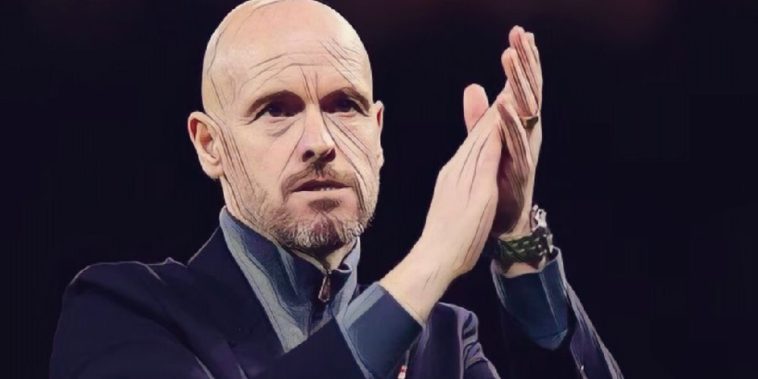 Having lost 1-0 on Matchday 1 thanks to a harshly awarded penalty, United traveled to San Sebastian knowing that they had to win by two clear goals in order to top Group E and avoid a playoff game against a Champions League dropout side.

It was the La Liga side that settled the quicker of the two, and played on the front foot from the off, but in the 17th minute, Manchester United opened the scoring with a clinical attack. Bruno Fernandes flicked a header in towards Cristiano Ronaldo who was afforded time and space to control the ball and pick out a pass to find Alejandro Garnacho down the left. The Spanish-born forward raced into the area before finishing with aplomb with his left foot for his first senior goal.

With plenty of jeopardy riding on the game, chances were at a premium, though David de Gea was forced into a vital save to maintain his side’s advantage just before the interval to deny Pablo Marin.

It continued in a similar vein after the interval, with Erik ten Hag opting to switch to a three-at-the-back 15 minutes into the second half in a bid to alter the tide of the game.

Those changes didn’t have the desired effect though, with the United boss even shoving Harry Maguire up front in an attempt to get that decisive second goal.

However, the Red Devils failed to lay any real siege to Alex Remiro’s goal, and failed to get a single shot on target in the second half to ensure they finished second in the group on goal difference to leave them with an additional two games to play in February.

Speaking after the game, Erik ten Hag said he was happy with his side’s victory in Span, but disappointed they couldn’t get the second goal to clinch top spot.

“You do not always get what you deserve. That is football,” he told BT Sport. “When in the first leg you get a penalty [against you] that isn’t a penalty, and today we win, I am happy with that.

“I am happy with some other things, like the performance from Garnacho, Donny [van de Beek] back in the team. I think we made a really good goal with Garnacho. Some really good chances too.

“Today we got the win, but we are disappointed that we didn’t score two goals because that’s what we needed.”

Asked about the performance of 18-year-old Garnacho, the Dutchman said he was was ‘really happy’ given his lack of attacking options.

“But I am really happy with his performance and I am hoping he can keep it going. He was a threat, scored a goal, and was reliable defending. So if he can keep this going, I’m really happy.

Ten Hag’s tactical switch saw United play with a 3-3-1-3 for the last 30 minutes, but the former Ajax boss said that his side were a bit too ‘rash’ and ‘erratic’ in the hunt for a decisive second goal.

“[The idea was] To bring extra offensive players in, but I think we were too rash…too erratic,” he said. “We didn’t work that good on the ball anymore, and we bring less balls into the box. When you do this, you need to come in the box. That process didn’t work well.

“The last 10 minutes we kept getting the ball in the box, we had a good chance, and that was the idea. We had to take risks, keep the clean sheet, and that is what we did.”