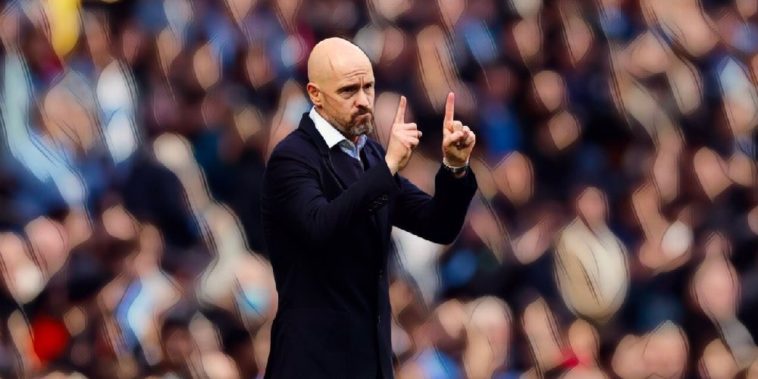 Manchester United were brought down to Earth with a bang after being comprehensively beaten 6-3 in the Manchester derby.

After two woeful defeats to start the season, United had shown major signs of improvement in their more recent Premier League games, though looked way off the pace in what was a largely one-sided encounter at the Etihad.

Manchester City started by far the brighter of the two, and went ahead in just the eighth minute. Having started the move on the right, Phil Foden ghosted into the area before getting on the end of a low cross from the left by Bernardo Silva, with the Stockport-born midfielder firing a first-time effort past David de Gea for his first ever goal in the derby.

City were thoroughly dominant during the first half, and they deservedly bagged their second of the afternoon in the 34th minute through that man, Erling Haaland. With Raphael Varane off the pitch after picking up a knock, the Norwegian took advantage of some slack marking to thunder home a header that was confirmed by the Goal Decision System.

Three minutes later and the 22-year-old netted his second, City carving United’s midfield open before Kevin de Bruyne put in one of his sumptuous trademark crosses from an inside-right position. The Belgian’s ball was played in between defence and goalkeeper, with Haaland stretching to meet the ball and fire home his 16th of the season.

For the second time this season, Manchester United found themselves trailing by four at half time as City scored a sublime goal. De Bruyne picked the ball up in behind United’s seemingly non-existent midfield, before laying the ball off to Haaland on the left. Despite the prospect of securing a third successive home hat-trick, the striker played the ball across goal to pick out Foden at the back post who made no mistake for his second of the afternoon.

Manchester United did show some improvement after the interval – to be honest, they couldn’t have gotten much worse in possession – and 11 minutes into the second half, new boy Antony scored a superb curling effort from the edge of the box past international teammate, Ederson.

However, in the 65th minute, City reestablished their four-goal advantage through, yep, you guessed it, Erling Haaland. De Bruyne was once again involved in the buildup as he laid it off to Sergio Gomez, before the summer signing drilled the ball into the City talisman who absolutely smashed home.

It was 6-1 with 17 minutes still to play, Haaland slipping the ball into the path of Foden, who took a touch before lashing home from the edge of the area to complete his hat-trick for his boyhood club.

United did pull a couple back in the closing stages, Ederson parrying a close-range shot from Fred that fell invitingly for Anthony Martial who nodded into an empty net.

Martial then bagged a second as he despatched an un-saveable 90th minute penalty into the top corner after he had been brought down by Joao Cancelo just inside the area.

Speaking after the game, United boss Erik ten Hag was clear on where the game was lost for his side.

“It was a lack of belief,” he told Sky Sports. “I’m surprised why we didn’t bring that on the pitch. I have seen a different team, a different spirit and a different fight. We didn’t have convincement. We were not brave in possession.

“It is always difficult to find out. The players know they can do better. If you don’t fight then you have a problem against a team like Manchester City.”

The game was the second time this season that ten Hag has seen his side 4-0 down at the interval, though the Dutch manager felt that the circumstances of the two defeats were not the same.

“This is definitely different [to the defeat at Brentford]. We didn’t run there. We wanted to today but didn’t follow the principles,” he said.

Manchester United in the second half:

Much better in the second half but the game was already gone. 🤨 pic.twitter.com/czm36TYfxJ

“It was a lack of belief. I will show the team that we could have been front-footed. We win the ball then give it away for the first goal. We take wrong decisions in the transition afterwards. We don’t follow the rules so we are undisciplined. It cannot happen. It is unacceptable.”

The former Ajax boss said that he and his side will look to ‘learn’ from the defeat.

“It is a process. It is one game. Maybe against other teams the problems would not come but against Manchester City they will.

“I want to change the head and the attitude of the team. There was a reaction in the second half. We were more brave and scored three goals. Only from mistakes you learn.”