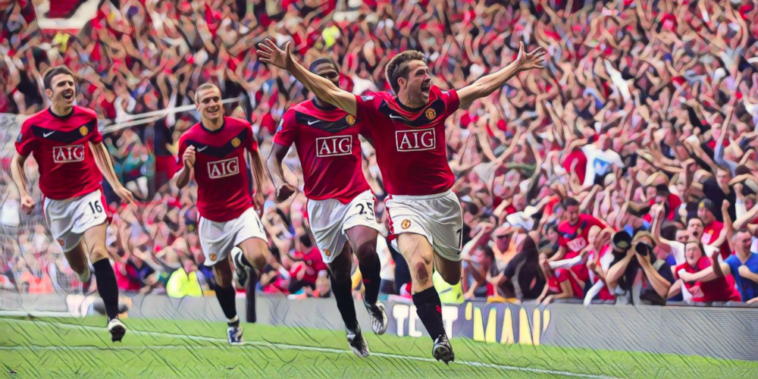 Manchester City and Manchester United is one of the Premier League’s great rivalries, one which has grown in stature following City’s rise to prominence across the past decade.

Once in the shadow of their great rivals, City have now replaced United as the Premier League’s dominant force to add a new dynamic to their cross-town clashes.

Ahead of this weekend’s meeting at the Etihad, we remember five of the most memorable Manchester Derby moments of the Premier League era.

Has there ever been a ‘challenge’ replayed more often than Roy Keane’s retribution on Alfe-Inge Haaland?

A long-running feud reached its crude crescendo during a Manchester Derby encounter in April 2001. Keane – no stranger to holding a grudge – had retained ill-feeling towards the Norwegian midfielder following a clash between the duo four years earlier.

Keane sustained a cruciate ligament injury during a game with Leeds, in which he took a swipe at Haaland before writhing on the floor in pain. Haaland sneered over the Irishman, a moment which Keane did not forget.

Four years later and with Haaland having crossed the Pennines to sign for Manchester City, Keane exacted his revenge in controversial fashion. An awful, high challenge almost halved Haaland in two, with Keane shown a straight red card. He aimed a verbal volley at the Norwegian before heading from the pitch.

“He was an absolute p**** to play against. Niggling, sneaky.

“I did want to nail him and let him know what was happening. I wanted to hurt him and stand over him and go: ‘Take that, you c***.'' – Roy Keane. pic.twitter.com/KJzb293Vby

Keane was fined £5,000 and given a three-match ban, but revelations in his 2002 book saw him receive an added £150,000 fine and further five-match suspension.

He wrote: “I’d waited long enough. I f*cking hit him hard. The ball was there (I think). Take that you c***. And don’t ever stand over me sneering about fake injuries.”

He latter opened up on the incident in another autobiography published in 2014, in which he denied an intention to injure Haaland.

“[He] p*ssed me off, shooting his mouth off. He was an absolute pr*ck to play against. Niggling, sneaky. I did want to nail him and let him know what was happening. I wanted to hurt him and stand over him and go: ‘Take that, you c***.’

“I don’t regret that. But I had no wish to injure him. It was action; it was football. It was dog eats dog.

“I’ve kicked lots of players and I know the difference between hurting somebody and injuring somebody. I didn’t go to injure Haaland. When you play sport, you know how to injure somebody.”

There’s a special place in the affections of Manchester City fans for Shaun Goater, a forward who proved a reliable source of goals when the Citizens were not quite the powerhouse of today.

‘Feed the Goat and he will score’ regularly rung around the terraces and Gary Neville failed to listen to that warning during a memorable Manchester Derby encounter in 2002.

The game was tied at 1-1 after Ole Gunnar Solskjaer had cancelled out Nicolas Anelka’s early opener for City, before Neville endured a nightmare.

An overhit long ball appeared to pose little danger as the England international sought to shepherd the ball out of play, with Goater in close pursuit. Neville – in two minds over a potential back pass – instead turned Maine Road into a petting zoo as he squandered possession to Feed the Goat.

The forward robbed Neville of the ball, before bending a finish around Fabien Barthez to restore City’s lead. He scored a second – his 100th in City colours – to seal a 3-1 win for the home side.

Neville – United captain and a boyhood red who had refused to shake the hand of former teammate Peter Schmeichel in the tunnel pre-match – could only stand head in hands after a derby day disaster.

Derby encounters are always eagerly anticipated but rarely do clashes between two rivals live up to expectations quite like this one.

The first Manchester Derby of the 2009/10 season saw City make the short trip to Old Trafford, with the two teams level on points in the early weeks of the season. Big-spending City were seen as the new threat to United’s dominance of the Premier League, having began to flex their new-found financial might.

Tensions were heightened following Carlos Tevez’s controversial move across Manchester, having departed United in search of a more prominent role at the Etihad.

In a pulsating encounter, the two teams went toe-to-toe, with United opening the scoring inside just two minutes. City drew level through Gareth Barry and it became a recurring theme as the visitor’s fought back to level on three occasions.

Craig Bellamy’s 90th-minute goal looked to have earned the Citizens a late point, though there was time for one last twist in the tale. Ryan Giggs picked out substitute Michael Owen in space deep into stoppage-time and the forward made no mistake to score his first goal for United and snatch a dramatic win.

It was thrilling conclusion to one of the Premier League’s all-time great games, as Owen’s intervention sparked a euphoric eruption at Old Trafford.

City appeared to get a step closer to United with each season and it took a moment of magic to keep the Red Devils ahead of their rivals on course for the Premier League title in 2010/11.

Wayne Rooney scored 206 goals in the Premier League, only Alan Shearer has more, but none were better than this glorious goal to win the 158th edition of the Manchester Derby. The timing, technique and occasion saw Rooney’s goal named as United’s Goal of the Decade, while it also won an award as the best of the Premier League’s first 20 seasons.

Wayne Rooney decided the Manchester derby with one of the greatest ever #PL goals#OnThisDay in 2011… pic.twitter.com/nxwNDLFVim

“Just the fact we were playing Manchester City as well. He scored a lot of goals but, for the situation and the time we were playing them, when they were changing the team a little bit, it was probably the best goal he ever scored.

“I think it’s one of the best goals I’ve ever seen, especially playing City as they were starting to put a good team together as well. So the game was very important and, to score that, topped it off really. It let everyone know we were still about.”

The following season the balance of power had began to shift towards the blue half of the city. United had been crowned champions for a third consecutive season the previous campaign, but City’s FA Cup success – in which Roberto Mancini’s team eliminated their rivals in the semi-final – had ended the Citizen’s 35-year wait for a major trophy.

City had won seven of their opening eight games of the 2011/12 Premier League campaign and arrived at Old Trafford in confident mood. Few, however, could envisage what was to come.

City inflicted United’s worst home defeat since 1955 as the visitors thrashed the champions 6-1 in a punishing performance. Mario Balotelli – in the pre-game headlines for the wrong reasons after accidentally setting fire to his home with fireworks – began the derby day destruction, with his opener followed with an iconic celebration.

The maverick Italian forward unveiled his ‘Why Always Me?’ t-shirt, before scoring a second goal to set up a rout. It was the first time United had conceded six goals at Old Trafford since 1930.

An honourable mention goes to this David Silva assist from the same game. Simply stunning.

Any excuse to watch THAT David Silva assist again! 😍🎯