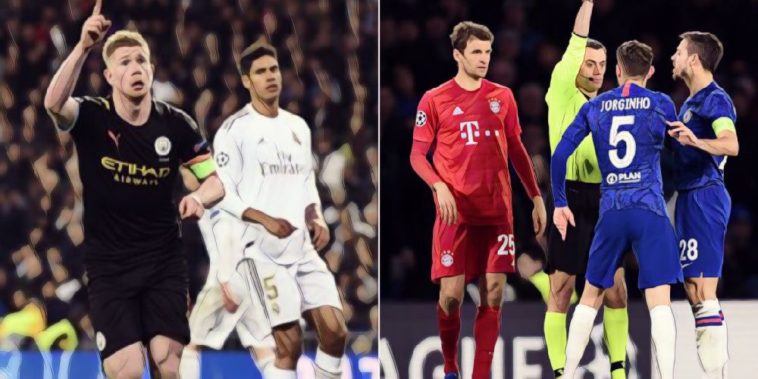 The four English teams remaining in European competition are set to be handed a delayed start to the 2020/21 season should they progress into the latter stages of their respective competitions.

While the Premier League finally came to a delayed conclusion this weekend, the season is still not over for those left in European competition, a truncated Champions League and Europa League set to come to a conclusion over a two week period in August, with a single-leg format having been agreed for the quarter and semi-finals.

Man City still have to play their last 16, second leg tie against Real Madrid, Pep Guardiola’s side currently leading 2-1, while Chelsea need to overturn a 3-0 deficit to Bayern Munich to progress to the quarters. Meanwhile in the Europa League, Man Utd have a 5-0 advantage over LASK and Wolves’ tie with Olympiacos is finely balanced at 1-1.

The rescheduled Europa League final is set to take place in Cologne on August 21st, with the Champions League coming to a conclusion two days later in Lisbon, less than three weeks before the new Premier League season is due to kick off on September 12th.

According to The Athletic though, the recent meeting between Premier League clubs agreed that every team would get ‘a minimum break of 30 days’ before starting the new campaign, meaning a potential start date of 21st and 23rd September for those in the Europa League and Champions League respectively.

However, there is also a ‘further complication’ if there were to be English success in Europe, with UEFA having scheduled the Super Cup on September 24th in Budapest, Hungary, which could potentially cause further delay to the start of a campaign which must be finished by May 23rd ahead of next summer’s European championships.

There is also the small issue of an international break before the season is due to get underway, England set to play Iceland in the UEFA Nations League on September 5th, before facing Denmark three days later, which is just four days before the scheduled start of the season – an almighty headache as managers finalise their preparations for the 2020/21 campaign.