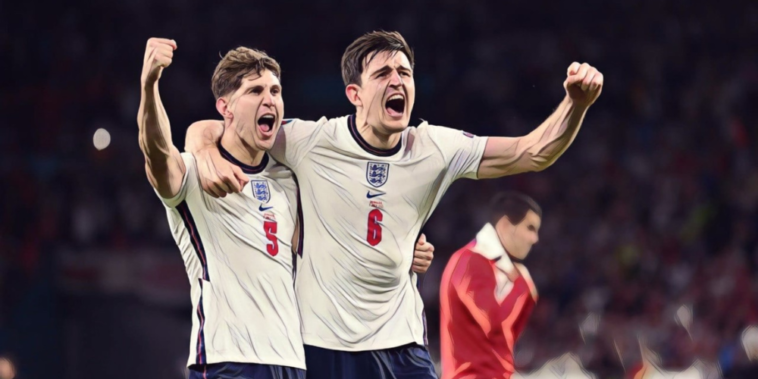 John Stones insists he has full trust in Harry Maguire ahead of the World Cup and has opened up on his role at full-back for Manchester City.

Stones has been named in the England squad for the World Cup which begins this weekend and is expected to take up a position at centre-back for Gareth Southgate’s side. The 28-year-old has featured in an unfamiliar right-back role in recent weeks at club level, but the defender believes that change has benefitted his game in both positions.

“I’m relishing the chance to learn,” he told the Mail. “Different positions to receive the ball, different movements to get there. We’ll move the ball from centre half to right back often and having now played that position, having received those passes, I now wouldn’t play them as a centre half.

“You learn what kind of situations you put your team-mates in – you don’t know until you live it. I love learning new things like that. I don’t think I’ll ever stop and I’m always looking to evolve.”

Stones is expected to be partnered at centre-back by Harry Maguire, who has been named in the squad despite a difficult start to the season at Manchester United.

Maguire was a key figure for England during the past two major tournaments, but has suffered a decline in fortunes and has lost his place as a regular at Old Trafford this season.

Stones has backed Maguire to come through a challenging period and insists he has full trust in the defender’s ability to perform for England.

“I’ve only heard about it (the criticism). I’ve not seen it,” Stones said. “I’ve been through periods of difficulty and it’s never easy. I’m sure he is aware of it.

“He is a person who is not willing to give in. He is a top player, an incredible person.

“I admire him, his mentality. It’s not about proving people wrong, he will prove to himself coming out the other side of this that he has stayed true to what he believes in and is fighting for.

“We have trust in each other and that comes with playing loads of games together, forming that partnership. We know each other’s strengths and weaknesses and can combat those. We have been through some big experiences together. They are memories that will stay with me for ever.

“What we have done, how we fight through adversity – especially in some games – and how we have each other’s back is very special.”