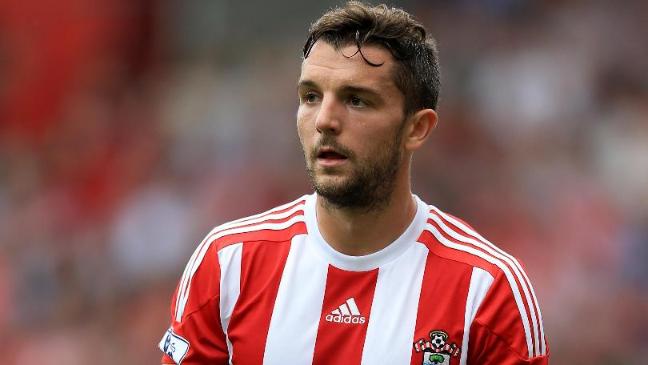 According to The Sun, Southampton forward Jay Rodriguez may leave Southampton this summer. Stoke is rumoured to be a possible destination for the talented Englishman.

Rodriguez’s talents were noticed most in the 2013/14 season as he scored 15 Premier League goals in 33 appearances. However his season did not finish well as he suffered a ruptured anterior cruciate ligament. This ruled him out for over a year and lead to him missing 50 games.

Rodriguez arrived at Southampton from Burnley in 2012 for a fee of £6 million. Since his injury Rodriguez has only scored five Premier League goals. More recently he has found game time limited at St Marys and could be open to a move.

Stoke will be keen on Rodriguez’s ability as well as his nationality. The Stoke squad is short on English players and the club will be keen to change that. However, it could be argued Stoke don’t really need Rodriguez. Playing mainly as a centre forward or occasionally left winger Rodriguez would face competition from Stoke’s other attacking talents.

Southampton are reportedly demanding a £15 million fee for the player which Stoke are unlikely to be willing to meet. With other clubs also reportedly interested this could be a prolonged saga. Wherever he ends up Rodriguez undoubtedly needs a lot of playtime to get his career back on track.

So should Stoke fork out for Rodriguez? Is Stoke the best place for him? What other club could he go to? Let us know your thoughts in the comments.