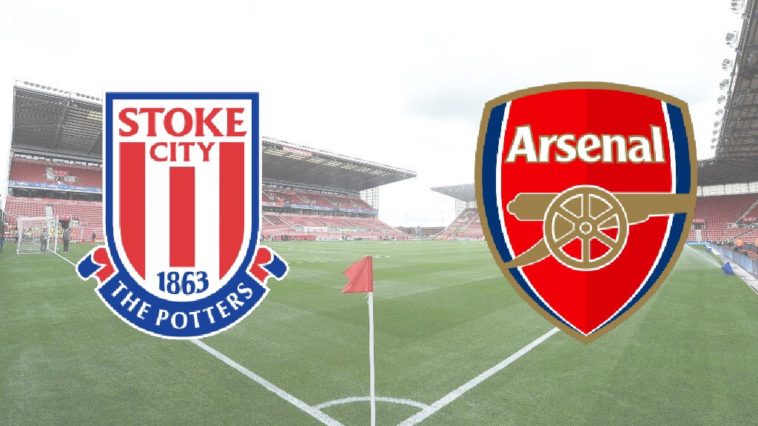 As the season draws to an end, Arsenals Champions League dreams have been reignited as they face a tricky trip to Stoke City.

If you’re a Stoke fan, when new fixtures come out, this is the one you look for first. It’s almost an instinct but the clubs have a strange rivalry which has borderline become an obsession for both clubs. There has been a spark between the two clubs for a very long time now but it has been fully ignited since February 2010.

What seemed a horrendous leg break at the time has continued to spiral out of control. Every year ahead of this fixture it is called a grudge match and the papers focus on Shawcross and Ramsey’s conflict.

But more than 7 years on, surely it’s time to focus on the football rather than the drama. The two teams will do everything to win this game as they know it is a vitally important one for their fans. Arsenal fans have been known to call Stoke the ‘Tottenham of the North’, showing just how fierce this rivalry can be.

Stoke approach this fixture with just one win in their last nine premier league games. The Potters sit in 13th place, which would be Hughes’ worst league finish with the side since joining. In more recent games Stoke’s performance levels have looked improved.

Last time out against Bournemouth the side drew 2-2 but arguably held the ball better and created more chances. Stoke’s last win came against relegation threatened Hull with Xherdan Shaqiri playing a starring role. The Potters will be hoping the swiss international can do similar damage to Arsenal.

Arsenal however need a win in Staffordshire to have any chance of Champions league qualification next year. The Londoners have won 4 out of their last 6 and look to be performing much better of late. This could be put down to their change in system to a 3-4-3.

The system has been used to great effect by Chelsea and Tottenham and Arsene Wenger has finally decided to join the trend. The system relies on the wingbacks of Gibbs and Oxlade- Chamberlain who seem to have had new leases of life.

Stoke have no new concerns other than long term absentees Ibrahim Afellay and Steven Ireland.

Arsenal could be without Alex Oxlade Chamberlain as he suffered a tight hamstring in their last game. Laurent Koscielney may be in with a shout of recovering in time for the game.