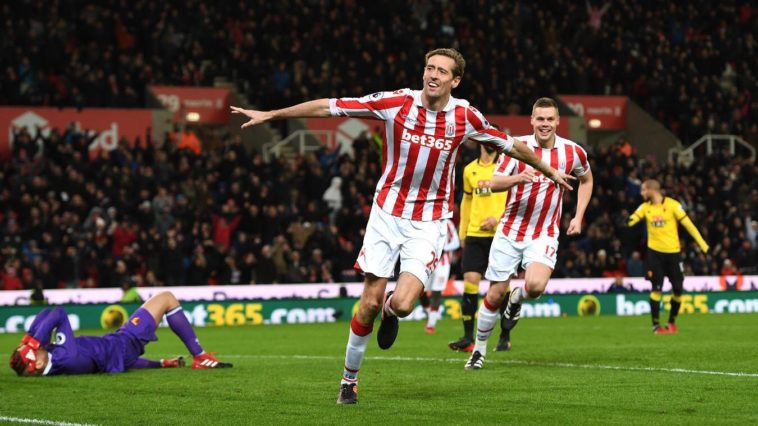 Since Mark Hughes arrived and was given the seemingly vulnerable position of taking over from Tony Pulis in May 2013, he has revived the club and changed Stoke City’s reputation from Rugby League, to Premier League. However, the new style may have created a new feeling at the bet365 stadium; expectation. But is the expectation too high?

Under Pulis, fans were enlightened to hear the Welshman had a ‘Three-year plan’. To the hopeful fans, this meant the end to a certain long ball approach to football was needed in order to stay in the Premier League and give the club a strong foundation. However, the signing of Kenwyne Jones and then Peter Crouch further highlighted the fact that the style of football would not be changing any time soon.

On 21st May 2013, Pulis left a seemingly invidious position for Hughes to step in to. However he set the ball rolling with the signings of Marko Arnautović and Dutch international Erik Pieters; a signal of intent to the unknowing Stoke fans.

Hughes’ appointment at the time was not generally looked kindly upon by the Stoke faithful; his time at QPR being at the forefront of their minds. Nonetheless, nearly four years later and three consecutive 9th place finishes on the CV, it looks like Mark Hughes was indeed the right man for the job.

But where to next?

Expectation is now rife among many Stoke fans. But do they have a right to believe the club can go further?

The next step is qualifying for Europe. But with many other clubs who look set to spring into the European places, and the ‘best of the rest’ from the bigger clubs filtering down into 6th and 7th, perhaps around 9th place is the best The Potters can hope for. Everton, Southampton and West Ham seem to be the obvious rivals in the mid table mini league.

Still, with the likes of the ‘Alpine Messi’, Xherdan Shaqiri, Arnautović and now Saido Berahino, perhaps the club should now be pressing on to improve their position in the table.

Last season, The Potters deservedly beat Manchester United and Manchester City in two fantastic home displays that left many people, most of all Stoke fans, in awe of what they had witnessed. Nevertheless, in between those two results there was a 2-1 home defeat to Crystal Palace. This could well define the current place Stoke City as a club is in now, mid table.

Is Berahino the Catalyst?

Mark Stein and Ricardo Fuller are two of the biggest heroes in Stoke City history. They were quick, fast, skillful and capable of the magnificent, as we know Saido Berahino can be. He could well be the engine to drive Stoke and be the real, 20 goal a season striker City have been waiting for. Maybe he can fulfil the newfound expectations and get the best out of the other Stoke stars whose creativity seems to lack an end product and a clever, instinctive foot on the end it.

Berahino signed from the Hawthorne’s on 20th January 2017, and Stoke City were due to play away at West Brom on 4th February 2017. On the 3rd February, as if by magic, the story broke that Saido had been given an 8 week suspension in September 2016 by West Brom for ‘recreational drug use’, a whole 4 months after the ban. Perhaps a slightly disingenuous ploy by West Brom and Tony Pulis to shake up the Potters before the game.

For Stoke City’s sake, let’s hope Berahino can score on the pitch, and not off it whilst he remains a Potter.

Do you agree? Are Stokes expectations too high? Can Berahino become the catalyst? Should Stoke be aiming for more? Leave us a comment below

This piece was written by our Guest writer James Hulson-Beech. Please go and follow him on twitter @JamesHulsonB

Good read that was, well written. I totally agree with the sentiment, and hopefully Berahino can get the buzz back.