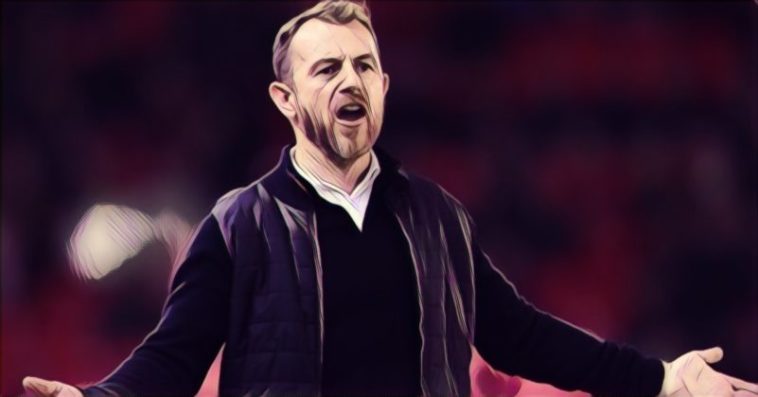 Stoke City boss Gary Rowett has admited that he is still looking for the right balance for his side, as they continue to experience a mixed bag of form in the Championship.

The recently relegated Premier League outfit were favourites for the league this summer, having retained the majority of their playing squad, but have managed to secure just four wins this season so far.

Rowett has admitted that they need to improve on the defensive end if they are to kick on.

“We played at West Bromwich Albion earlier in the season and we had plenty of the ball and plenty of attacking threat but we left ourselves open and got done on at least one counter attack,” he told Stoke’s official website.

“We did a lot of things right on the day but we ended up losing the game because we weren’t quite compact enough at the back.

“We then go to Norwich and are very, very resolute but don’t use the ball as well, but we win the game 1-0 and because we score the goal everyone thinks it’s a perfect away performance.

“We know we can play better than we did the other night at Bramall Lane, and yes we would have loved to have been on the front foot for long periods, but we dug in, fought hard and ended up picking up a decent away point.

But, Rowett has insisted that his side and his management team have identified the way that they want their side to play.

The former Birmingham manager claims they managed to play to their desired style against Sheffield Wednesday and Rotherham United.

“We have shown the way we want to play and know we can play this season – the first 45 minutes against Sheffield Wednesday and Rotherham Untied immediately spring to mind.

“What we’ve not got to find the balance is to create more clear cut opportunities for the possession we’ve had in games and maybe playing on the front foot a little bit earlier in games. It’s always a balancing act.

Stoke have picked up just 17 points from their 14 games, including five draws and five defeats, and have vastly under performed after starting the season with high expectations.

But, Rowett claims he can accept the criticism, and insists they are working hard to rectify any errors.

“The perception, the expectation, is always going to be there when you take this kind of job, because we spent well and we were in the Premier League just last season.

“That’s in the background, you have to accept it. I will take responsibility of course because that’s the manager’s job.”

“You can’t fix things as quickly as you would like with a magic wand. At the moment we’re being a little too inconsistent and we’re all working incredibly hard to try to change it.”