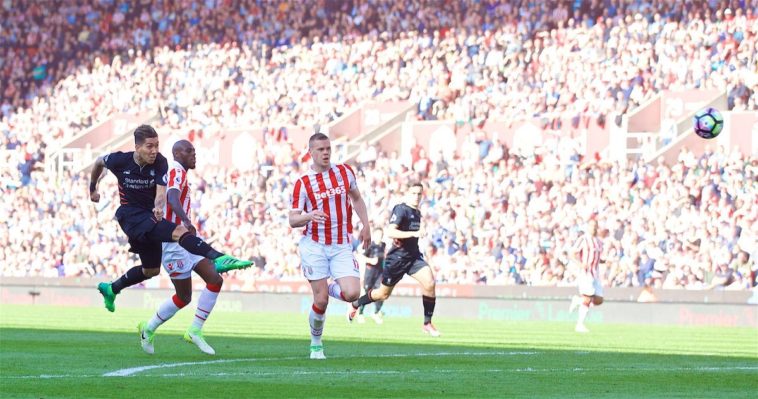 Liverpool came from behind to beat Stoke City at the bet365 stadium. Here are 5 things we learned.

Stoke now sit only 8 points above Hull who are in 18th place. After 4 consecutive losses Stoke have sunk from their usual home of 9th place to 13th. Whilst only 4 points separates Stoke from their usual 9th place, it’s going to be tight run in for the premier league’s mid-table.

If Stoke want to guarantee their safety they need at least 2 wins from their remaining 6 games. Whilst that doesn’t sound too challenging, in Stoke’s current form they’ll need to change something to start winning again.

Liverpool started the game with the prodigious Ben Woodburn up front and young Alexander-Arnold. Whilst neither player really made a mistake, they also failed to seriously influence the game. With a bench featuring Coutinho, Firminho, and Sturridge, Klopp was forced into changes as his side trailed 1-0 at half time.

After coming on at half-time, Coutinho and Firminho both scored within 2 minutes of each other around the 70 minute mark to turn the game on its head. Their impact on the game was fairly immediate as Liverpool dominated the second half up to their goals, after which they shut up shop.

After four consecutive losses Hughes was bound to have his position come under scrutiny. But the resounding complaint from Stoke fans has been his almost clueless use of substitutes. On Tuesday night against Burnley he threw on Peter Crouch and told the team to hit and hope up to the big man. This played perfectly into Burnley’s hands as they won nearly every header.

Against Liverpool Hughes elected to bring on Charlie Adam for the injured Joe Allen. Adam had a stinker on Tuesday night, epitomised by his slip when going to take a corner. Adam was so poor against Liverpool he was subbed off for Ramadan Sohbi with 10 minutes left to go.

Charlie Adam has now been at Stoke for nearly 5 years. For me it’s been 4 years too many. He showed signs of promise in his first season but has never been a consistent starter in his time at the club. Often getting runs of 5/6 games but then replaced when he hits bad form, Adam has never been the first name on the team sheet.

This season Adam has been woeful. Appearing incredibly unfit he struggles to track back and keep up with the pace of the league. Whilst he can still provide good long range passes and dangerous shots from outside the box, he can’t defend to save his life. Adam often resorts to scything challenges, leading to hatred from all opposition fans, especially spurs. It’s time for Charlie to go this summer, hopefully in some kind of swap deal with Derby to get young prospect Will Hughes.

Now this is more of a question than something we’ve learned, but where is Gianelli Imbula? In January 2016 Stoke broke their transfer record to sign dynamic midfielder from Porto. At £18.5 million, the fans obviously expected big things. But after the team’s poor start to this season Imbula was swiftly dropped. He made a mini come back against Watford in November when he picked up man of the match but after an average displays against Burnley and Arsenal he was dropped again.

With Stoke’s current midfield troubles now Allen is injured and Adam is awful, where is he? Not even on the bench yesterday, fans are starting to suspect a covered up fall out with manager Mark Hughes.