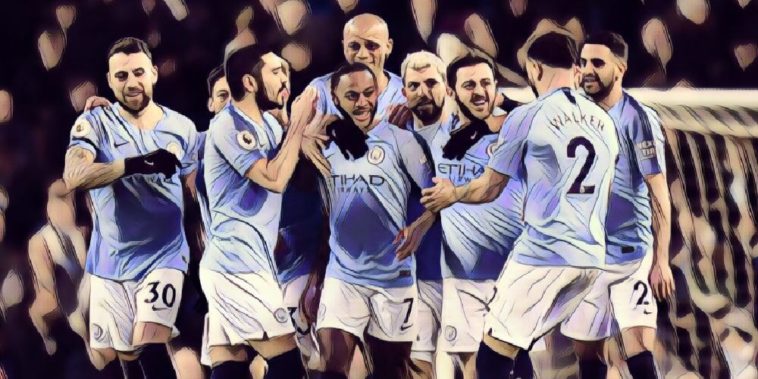 Raheem Sterling insists Manchester City are taking it ‘one game at a time’ after they beat Watford 3-1 to extend their lead at the top of the Premier League to four points.

The England international scored a second-half hat-trick to inspire Pep Guardiola’s side to a comfortable win at The Etihad, with substitute Gerard Deulofeu netting a consolation for the visiting Hornets.

The win means Man City have now won six successive league fixtures, and despite extending their advantage at the summit, Sterling insists the champions are focused solely on their next fixture.

“The first half was difficult even for myself, it was hard to break them down but in the second half things opened up and we got the luck in the first goal and then took our chances really well,” Sterling told BT Sport.

“We had 45 mins left and we knew we had to go for it and be more aggressive. I don’t know what it was (the linesman’s decision) but I was praying they gave it to us and we got that bit of fortune.

“I want to improve and this year is no different. I am trying to score not just goals but important goals to be there for the team

“We take a game at a time, we know we have strong contenders for the title but we have done our part and we’ll go again in the FA Cup.