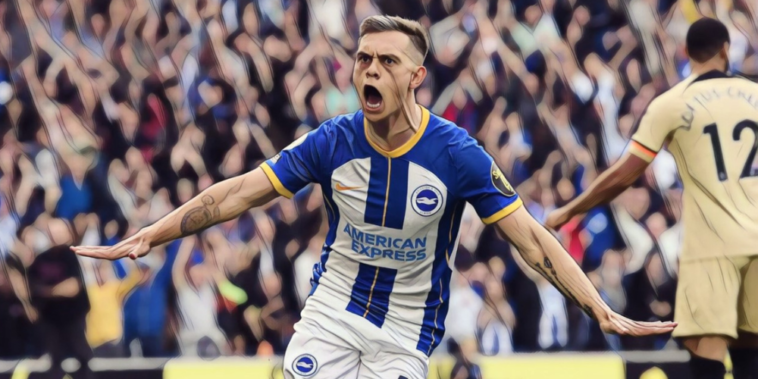 Tottenham are yet to follow up their initial interest in Leandro Trossard after seeing an opening offer turned down by Brighton.

Spurs made a verbal bid of £12m for the winger this week with Trossard having been frozen out at Brighton following a fall-out with head coach Roberto De Zerbi.

The winger was not included in the squad for Saturday’s 3-0 win over Liverpool, with Trossard’s agent, Josy Comhair, having claimed the Belgian is no longer on speaking terms with De Zerbi after an altercation with a teammate.

Comhair released a statement on Friday effectively demanding a transfer for Trossard, claiming De Zerbi ‘humiliated’ his client after instructing the winger to train separately from the squad.

The Athletic are reporting that Spurs made an approach for Trossard this week, but have not followed up their initial offer after it was rejected. Brighton are understood to value Trossard far higher than the north London club’s proposal.

Trossard has impressed for the Seagulls this season and has scored seven goals and provided three assists in 16 league appearances.

De Zerbi suggested after the win at Liverpool that the door was open for Trossard to return to the side, provided he obeys the rules of the head coach.

“I’m fine with myself and I’m ready to open the doors for him, because he’s a good guy and a very important player for us,” the Italian said.

“He changes the team, but he has to understand and work with my attitude, in my way, because I am the coach. I decide the rules inside the dressing room.”