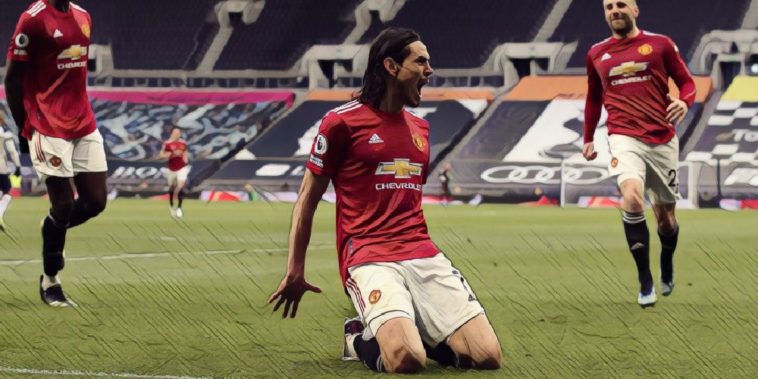 Here’s all you need to know about that clash at the Tottenham Hotspur Stadium:

It’s been a poor week for Nuno Espirito Santo’s side, as they slipped to back-to-back defeats in the Europa Conference League and the Premier League, having previously been on a three-game winning run in all competitions.

The Spurs boss had opted to shake things up for the away trip to Vitesse Arnhem last Thursday, leaving his usual starting XI at home in favour of a so-called fringe side, although that decision would seemingly backfire as a late Maximilian Wittek strike handed the Dutch side a shock victory to leave the north London club third in Group G.

Santo sent out a full-strength side for Sunday’s meeting with West Ham United, although it would matter little, as Tottenham went on to slip up again at the London Stadium.

In a cagey battle with David Moyes’ side, in-form forward Michail Antonio netted the game’s solitary goal late on to clinch all three points for the hosts, moving the Hammers ahead of their rivals into fourth, with Spurs currently in sixth after picking up 15 points from their opening nine league games.

🗣 "The man who had a trial at Tottenham as a 14-year-old relishes tearing through them!"

Michail Antonio has done it again for West Ham 🔥

The north London side did bounce back in midweek, however, as they earned their place in the Carabao Cup quarter-finals with a narrow victory over Burnley at Turf Moor, with substitute Lucas Moura’s 68th-minute header proving the difference.

As for this weekend’s encounter, the only real injury concern remains that of young Ryan Sessegnon as he continues his recovery from a hamstring issue, while full-back Matt Doherty is available once again after his recent absence.

It’s been a turbulent and chaotic last few days at Manchester United, to say the least, with rumours swirling that manager Ole Gunnar Solskjaer is facing the axe, following Sunday’s shambolic 5-0 defeat at home to bitter rivals Liverpool.

While the Norwegian looks set to be afforded a stay of execution for the trip to north London this weekend, it remains to be seen if he will remain in the job beyond next month’s international break, amid speculation that former Chelsea boss Antonio Conte could be in line to replace him.

For many, the club legend’s position has become untenable after a dismal last few weeks for the Red Devils – who are now without a win in their last four league games and have shipped 11 goals in their last three games in all competitions – with the defeat to Jurgen Klopp’s side seemingly the culmination of a string of below-par displays.

Having been thumped 4-2 by Leicester City the week before, Solskjaer then suffered the ‘darkest day’ of his tenure as the Merseysiders ran riot at Old Trafford, with the visitors exposing United’s leaky defence by surging to a 4-0 lead at half-time, with Mo Salah adding a fifth – and his third – just after the break.

In truth, the home side were perhaps fortunate that the scoreline didn’t get even worse, particularly after substitute Paul Pogba’s dismissal for a reckless challenge on Naby Keita, with the brutal defeat leaving United in seventh and eight points behind leaders Chelsea, essentially evaporating any title hopes just nine games into the new season.

It remains to be seen if Solskjaer’s men can conjure a response this weekend, although they will have to do so without the suspended Pogba, although Raphael Varane has returned to training as United look to shore up one of the league’s leakiest defences.

The two sides last meeting came towards the back end of last season, as United continued their remarkable away league run with a comeback victory over Jose Mourinho’s side.

Edinson Cavani had looked to have handed the visitors the lead midway through the first-half, before the goal was controversially ruled out for a foul by Scott McTominay on Heung-min Son in the build-up, with the Korean international then rubbing further salt in the wounds by putting his side ahead just minutes later.

A goal down at the break, Solskjaer’s men responded well after the interval to get themselves back into the game, with unlikely scorer Fred tapping in from close range after Cavani’s initial strike had been denied by Hugo Lloris, before the Uruguayan did eventually get himself on the scoresheet after nodding in from Mason Greenwood’s whipped cross.

With the comeback already complete, the away side wrapped up the win in the sixth minute of stoppage time as Greenwood got in on the act, the youngster showcasing his typically lethal finishing prowess after a surging run from Paul Pogba.

What channel is Tottenham v Manchester United on?